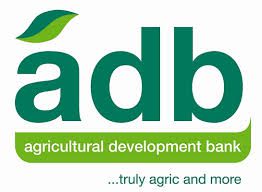 ? Planned IPO only a sham, fa?ade and smokescreen

Analysis carried out in the continued investigations into recent developments at the Agriculture Development Bank (ADB) points to an orchestrated attempt to offload the bank to no other buyer than Rand Merchant Bank (RMB) of South Africa.

Based on pieces of information gleaned from very credible sources within the top rungs of the bank it is clear that ADB?s Initial Public Offer (IPO) being led by Transaction Advisors, I.C Securities is just being used to consummate a pre-determined transaction to offload ADB shares to RMB of South Africa.

The transaction between the two banks which resulted in the formation of the Special Purpose Vehicle known as Agridev, which built the Accra Financial Center (AFC) was only a stepping stone on the part of the South African Bank to penetrate the system and buy the Ghanaian bank.

ADB was the first development finance institution established by the Government of Ghana with the government of Ghana holding majority (51.83 percent) shares while the Bank of Ghana owns the other (48.17 percent) portion.
Established in 1965 by Act of Parliament, ADB?s core mandate is to meet the banking needs of the Ghanaian agricultural sector in a profitable manner.

However, information from very reliable sources within the bank?s management have it that all is not well with the IPO of the bank supposed to be led by IC Securities, a subsidiary of the Vanguard Group owners of Vanguard Assurance.

Going public had been one of the options proposed by many stakeholders who stood opposed to the attempt by the government of the New Patriotic Party (NPP) under former president, John Agyekum Kuffuor to sell state shares in the bank to Standard Bank of South Africa the mother company of Stanbic Bank.

There was a great sigh of relief when the government of the National Democratic Congress (NDC) under late President John Evans Atta Mills indicated its preparedness to revamp the fortunes of the bank and let it remain a Ghanaian owned bank.

That desire culminated in the appointment of the Stephen Kpordzie led management which gave initial indications of seriousness to help empower the agriculture sector of the country, in fulfillment of their mandate.
But the Initial Public Offer (IPO) which has been put on hold amidst staff and public agitation is seen by many stakeholders as a ruse, just prepared in such a way that RMB would grab majority stakes, albeit through proxies, to become majority shareholder.

In the way the Transaction has been packaged, and the dealings with RMB, everything points to the fact that ADB has just been prepared for the takeover by the South African shark.

In the meantime the way and manner the the selection of the Transaction Advisors (IC Securities) for the IPO is also being cited by workers for investigations s they believe it is at variance with the the internal Procurement procedures of the bank as stipulated in its own procurement manual.

According to the sources IC Securities was single sourced although the provisions for single-sourcing demanded that there be an urgent situation the company being single-sourced must have been working for the ban already, neither of which provisions was fulfilled by the North Ridge based securities company.

Meanwhile civil society organizations are also divided over the transaction. While many which have initially issued statements to support the deal confessed to this team that they were not aware of the full details before issuing their statements, others staunch in the opposition to the sale, especially to a foreign bank.
Full details of the transaction which is considered the Master Stroke of ADB MD, Stephen Kpordzie shall be exposed in subsequent write- ups.