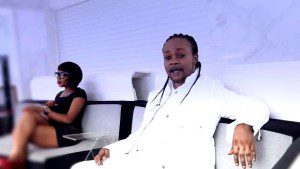 ?I owe Mr Kennedy Agyapong loads of thanks; he has been very supportive and generous since I came close to him,? DL said in an interview. Highlife legend Daddy Lumba  has revealed that, his popular Highlife single titled ?Ne3 Woho B3to Wo? became a success due to the help of a Ghanaian business mogul, Kennedy Agyapong, when he lost hope.

The ?Aben Wo Ha? hit maker talking about his hit song, ?Yentia Obiaa? as it is widely known said, Kenpong is the reason for its hit. This is actually why he did not fail to acknowledge him in the song to show how grateful he is for the good things Kenpong has done for him.

DL said in an interview,  ?I owe Mr Kennedy Agyapong loads of thanks; he has been very supportive and generous since I came close to him.

He has been there for me through thick and thin; he is not just a nice person, he is a good man. He is the reason for the success story of this track.

I have released hit tracks in the past but you will bear with me that ?Yen tie obiaa? has a unique touch. He offered his expensive house for the shoot and took care of all the expenses. Why won?t I commend such a person? I dedicate this award to him and the entire Kenpong Group.?