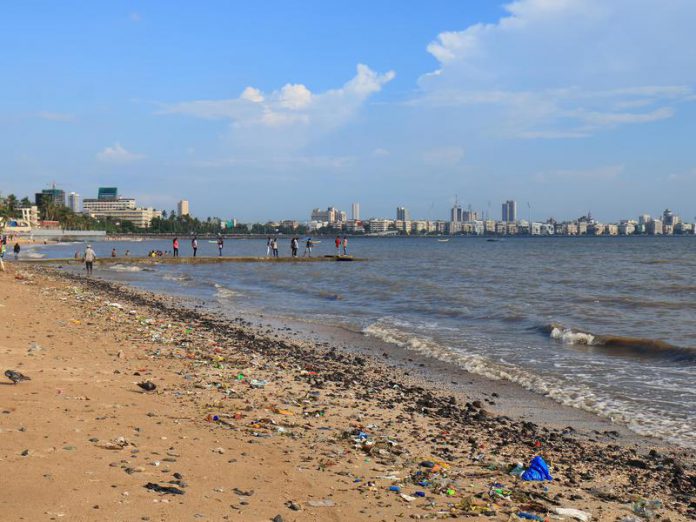 “Cleanliness they say is next to godliness” an expression by John Wesley in the 17th century. It is well-known that an individual is likely to be clear-headed and well-endowed to effectuate positivity that will accordingly draw him closer to the Supreme Being in an immaculate environment.

We are in times where the world’s population is eminently increasing due to swift urbanization and this has led to a significant production of waste and different kinds of pollutants. These wastes travel as far as our beaches and into the ocean causing detrimental effects including, jeopardizing the ocean ecosystem in tandem with the interference with human use of ocean and coastal environments. According to National Oceanic and Atmospheric Administration (NOAA), the larger part of pollutants that enter the ocean come from anthropogenic activities along the coastlines. The ocean plays an essential role in the life of man. Among all the resources from the ocean, fish constitutes a larger part and pervades more diverse oceanic environments.

In September 2014, the FAO Director-General, José Graziano da Silva in a conference on Sustainable fisheries expressed that, 4.3 billion people in the world are dependent on fish for 15% of their animal protein intake. Resources from the ocean make key inputs to the economy and well-being in many sectors and the populace. Supplementarily, the ocean aids in regulating climate and weather. Marine and Ocean Pollution Statistics and Facts 2020 indicated that over 70% of the oxygen we respire is directly produced by marine plants.In spite of all these incredible assets to man, the ocean is being consumed by marine litter.The UN Environment Program (UNEP), defines marine litter as any persistent, manufactured, or processed solid material discarded, disposed of, or abandoned in the marine and coastal environments.

Analysis of marine waste however reveals that plastics constitute a weightier percentage of the marine litter internationally. In a review of available literature, plastic wastes on the beaches continue to increase with sizes differing from containers, fishing nets to microscopic plastic pellets and particles. One of the problems troubling the marine terrain in Ghana is the quandary of careless dumping of wastes. In the early hours of one busy Monday morning (November 30, 2020), I dropped in Jamestown, a borough situated within the Asheidu Keteke Sub-Metro in the Accra Metropolis. Arguably, it is a small and densely populated community that depends typically on fishing. I took the opportune moment to visit the beach. As the saying goes, “the morning breeze has secrets to tell you” Indisputably, the onshore breeze had a secret to tell – “the air you breathe might perhaps be contaminated from marine litter that once floated in the sea”.At the landing beach, a lot of canoes were docked because of the appearance of the full moon. Most fishers were of the view that fishing is less productive when there is a full moon. The vast area was entirely fraught with trash. United States Environmental Protection Agency, has laid out that, when trash finds its way into the ocean through ocean currents, they are often eaten by birds and fish and that concentrate toxic chemicals in their tissues, fill their stomachs, and cause them to starve which can possibly cause their depletion.In addition, marine litter does not only diminish the aesthetic and recreational values of beaches and marine resources, but it can also cause life-threatening medical problems.Marine debris is extremely likely to author coastal water contamination and as made evident by Marine and Ocean Pollution Statistics and Facts 2020, such contamination is guilty of 250 million clinical cases of human diseases annually. Diseases and severe problems associated include; nervous system damage, kidney issues, and reproductive or hormonal issues.

According to World Population Review, the current population of Ghana based on the latest United Nations data is over 31 million people. FAO has however indicated that as many as 2.6 million of the population of Ghana depend on fisheries for livelihood. What happens when our resources are ruined by trash? Imagine; our beaches been filled with trash, our water bodies been consumed with trash, a country with no resources from its water bodies – a very frightening prospect. Not only will our water bodies be affected, but also the livelihood of many would be at risk. The effect would, directly and indirectly, be felt by everyone.

We all have a part to play in saving our ocean and keeping the beaches clean. Be a part of the solution, not the pollution!