News Ghana
Home Inside Africa Nigeria Why Jonathan Should Not Contest 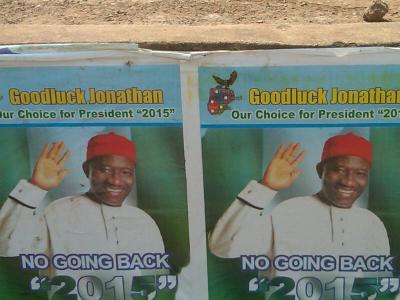 As political activities gather momentum in various parts of the country for 2015 polls, a new pro-President Goodluck Jonathan support group, under the aegis of Friends of Goodluck (FOG), has flooded Imo State with the President?s posters, seeking support of the people for his re-election in 2015.

South-East coordinator of the group, Mr. Uchenna Henry Madu, told The Guardian yesterday that the fliers would be effectively posted and circulated to people in the five states in the geo-political zone (Imo, Anambra, Abia, Enugu and Ebonyi states).

He expressed the body?s resolve to solicit the cooperation and support of Nigerians to embrace Jonathan.

Also, he said the group has condemned senseless killings of innocent Nigerians in the North and some areas, just to distract the President.