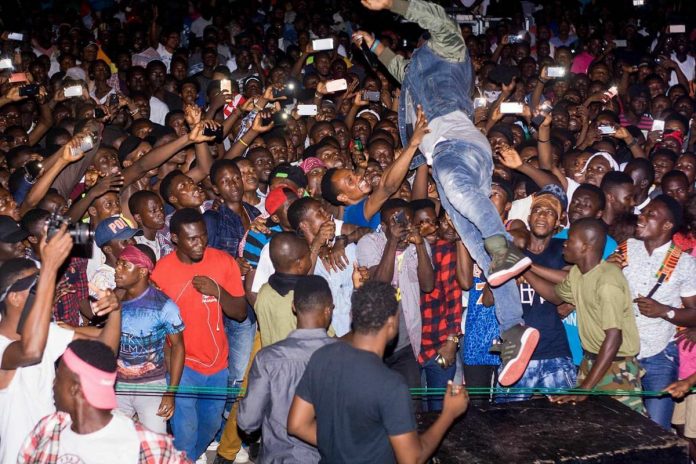 The Ghanaian music industry is one of the toughest industries to break through. I mean, you can sit down, analyze the taste of the people, predict the content that would make an instant hit, make classic music, release and promote it to the limit, but the reception of Ghanaians may never be met. I mean, Asem blew up with a non-commercial song at a moment of saturation of ‘jama’ songs, Afropop with a tinge of rap, and a few Hiplife songs. I mean, Pappy Kojo blew up with a Hip-Hop song when Afro-Dancehall was making waves. I can waste a sheet with abundant examples; the point is, when an artiste is able to break out with a not widely accepted sound and style, he deserves all the credit.

Medikal… who is Medikal? He’s just a good rapper with smart moves! The Sowutuom resident had songs buzzing moderately in the online circles. The 16 he delivered on “Pɛ Kakra” made his name known. However, he caught the attention of most with his most creative track till date, “Connect”. The Unkle Beatz produced Hip-Hop song saw the rapper adapt to different styles of various popular rappers in the country – E.L, Joey B, Sarkodie, Omar Sterling, Criss Waddle, Kofi Kinaata and Yaa Pono. He executed so perfectly that it confused bloggers to the point of publishing it as “Medikal featuring ‘the artistes aforementioned”. Then the public started to pay more attention. From then, he has proved that he can hold on to the mantle and not drop it any time soon.

He followed with videos to his street anthem, and dropped a whole lot of songs to enrich his catalog. I’m sure you wouldn’t go to a concert to see an artiste mime over just a single track. He gained a significant number of hit songs to keep a crowd active for quite a while. The emcee climbed to the climax (no pun intended) when he featured the most decorated artiste of our generation, Sarkodie on his remix of “Confirm”.

If you follow his Twitter timeline regularly, you’d realize that he gets booked almost every weekend to rock a show or concert. From campus tours to award shows and beach parties, Medikal has earned it! I wasn’t surprised to witness him throw himself to the crowd at Accra Technical University not just once, as they screamed “Poof Poof!”, “Swag!”, “AMG Baby!”. And oh, talking about Twitter, he recently got officially “blue-ticked” after his massive social media influence.

As an artiste in this new age, one of the most important things is to be relevant and be part of the conversation whatsoever. People have to talk about you; whether positive or negative. As success started coming his way, it wasn’t news that people would start gossiping about him, and start spreading rumors. The youth have wondered if the accusations that he’s a scammer are true or false. They couldn’t envisage how he could easily employ Cupid to shoot at Deborah Vanessa.

Moguls and industry players, Joey B, Sarkodie, Bulldog, and the Hiplife Grandpapa, Reggie Rockstone have all commended him. He has received lots of love from fellow artistes, never hesitating to drop a verse, and if possible own a song. He kickstarted a nationwide club tour and a high school tour. The metaphorical rapper is simply ubiquitous!

It came as no surprise to me when he bagged 2 nominations in this year’s 4Syte TV Music Video Awards. Forgive me if there are a few achievements I may have skipped or even don’t have information about, I’m only being human.

The New Artiste of the Year is the Artiste(s) adjudged by the Vodafone Ghana Music Awards (VGMA) Academy, Board and the General Public is the most promising and talented emerging artiste(s). The award goes to a relatively new artiste(s) who released a recording that FIRST shot the artiste(s) into the public limelight during the year under review.

Kindly read the definition again. Now please tell me who better deserves it than Medikal!