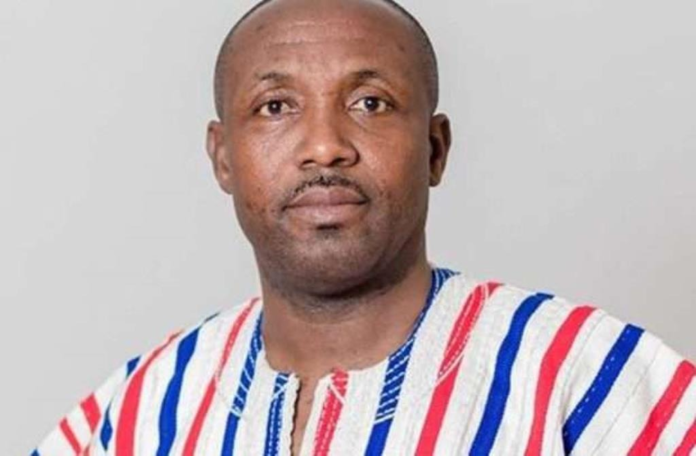 Considering his accumulated experience, skills and the command he exhibits on Ghana politics today, John Boadu, who’s the incumbent General Secretary of the NPP has undoubtedly become a huge asset for the New Patriotic Party going into the 2024 general elections.

The country Ghana, the incumbent government and as well as the governing political party are at a serious crossroad with the current world’s socio-economic uncertainty. This is the time that good experience, skilful leadership, intelligent initiatives and principled captainship are required to steer the affairs of any political party in power or running a country. Of course, this is not the time for any trial and error!

Therefore in my objective view, it will not only be grievous suicidal for NPP to change its General Secretary at this time but it would be more catastrophic for the party to throwaway its experienced front-leaders and replace them with new faces, if the party really wants to break the 8!.

The man John Boadu, the General Secretary, is an asset for the New Patriotic Party today, his accumulated experience is needed more than ever before and we cannot afford to change him now based on the following thoughtful reasons:

1) At this time that the party is going to elect a brand new National Chairman, since the incumbent Chairman is not seeking re-election, the party cannot afford to change its experienced General Secretary as well.

2) At this time that there would be an election of also a brand new National Organiser since the incumbent National Organiser is not seeking re-election, the NPP cannot afford to change its experienced General Secretary as well, the one who is already a force for the NDC leadership to reckon with.

3) Also, at this time that there would be an election of a brand new National Youth Organiser of the party since the incumbent Youth Organiser is vying for other National position, the NPP cannot make that mistake to change its General Secretary as well, the one who will mentor them with his rich experience, knowledge and skills into 2024 general elections.

4) Furthermore, at this crucial season where there would be a new Flagbearer of the party and new Running-mate for 2024 general elections, the New Patriotic Party cannot afford to change its experienced General Secretary, John Boadu who has already led the party into winning two consecutive general elections in Ghana. We can’t afford!

5) Besides, at this time that the NDC is strategically timing and zealously planning to unleash some wild propaganda and lies about the NPP and its government to bamboozle Ghanaians for votes, we cannot afford to change our experienced General Secretary, John Boadu, who is an already-made excellent practical experienced General Secretary, and has better understanding of the terrain to win general elections.

We can attest to the fact that in 2014 when the New Patriotic Party was practically in turmoil with leadership crisis, at a time when the party took a decision to suspend both the National Chairman and General Secretary, it was John Boadu as the National Organiser who was made to act as the Chief Executive of the party to steer the affairs into the general elections. He successfully led the party to win the Presidency in 2016 and increased the party’s parliamentary seats from 105 to 169 seats.

The same as the substantive General Secretary led the NPP to retain power in 2020. We cannot afford to lose this great experience perfectly required to break the 8!

In my view, John Boadu as General Secretary demonstrates the requisite experience and excellence skills, and can contribute meaningfully to break the eight in 2024 more than all others.

We therefore respectively urge the delegates of our dear party to retain John Boadu as the General Secretary.

The New Patriotic Party (NPP) as a centre-right and liberal-conservative political party in power today must do all it can to break the eight to ensure sustainable development of our nation, as majority of Ghanaians believe that only NPP genuinely has blueprint for development of Ghana despite the economic challenge facing the NPP government as the result of the world’s economic meltdown.

Indeed, we all believe that the 2020 general elections outcome for NPP served as scary lesson for the governing party and must be guided against. However, that mustn’t be the only yardstick to change the party’s experienced General Secretary.

Reduce price in taxes on Beverages to promote export – Association

Abronye empower’s grassroots of NPP to break the 8