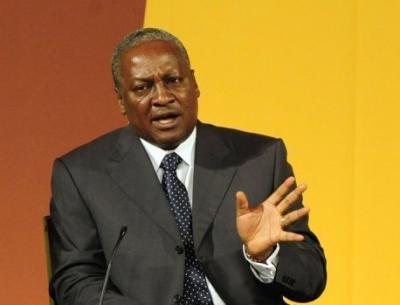 It is not for nothing that President Mahama is full of sarcasm towards Ghanaians with his attitudinal nonchalance, callousness, corruption and infatuation with dancing to the powerful rendition of ?Yen ntie Obiaa? by Daddy Lumba, at any given opportunity. His reason for being that deplorably intransigent, shamelessly pursuing his corrupt practices with vigour; openly practicing nepotism and tribalism without the least fear, is that his Ghanaian compatriots have a short memory. I personally find his overtly expressed view an insult to the intelligence of Ghanaians. Yes, it is an undisputed fact that Ghanaians generally are lenient. They quickly pardon those offending them, same believing that God in his own appropriate time and infinite wisdom will deal with their offenders. They usually say in their Ghanaian Akan parlance, ?Gyae ma Nyame, Fa ma Nyame, Nyame bekyere?; simply put, entrust everything into the hands of God without you personally doing anything about it.

President Mahama?s attitude is perfectly in consonance with the proverb, ?Taking my leniency to be my weakness?. Being opinionated as he is, he finds the Ghanaian leniency not only as their weakness, but also, as having a short memory. Subsequently, he has capitalised on this unproven belief of Ghanaians suffering from generalized ?dementia?, to do as he likes when he likes. He refuses to see reason. He is stuck in his own world of ignorance; abusing the powers vested in him as the President of Ghana.

He insults Ghanaians when lightly provoked or as his way of cracking jokes to wish problems away ? baloney, Ashantis can?t speak English, etc. With his knowledge about, or his perception of, the Ghanaian having a short memory, this seemingly or really incompetent President will forever mess up the economy of the country. The more the country goes broke due to the blatant plundering of her coffers by himself, his cronies, his government Ministers, his family and other NDC top gurus, the more he believes in Ghanaians voting him over and over again into power because they have a short memory. They will soon not remember anything that he has done to them ? stealing their money, causing the collapse of their industries and businesses through intentional or inadvertent ?dumsor dumsor?, presiding over the practice of selective justice in Ghana, and filling his government with solely people of his northern extraction.

Is he not right in his views about Ghanaians when come election time, a Ghanaian will accept only his sugar-coated electioneering promises or a GHc10 note to vote for him, knowing very well that he is very incapable of the functions of the office of the presidency? We shall soon forget about his ruinous thievery hinging on his fervent personal policy of ?create, loot and share?, to vote for him. By this general attitude of the Ghanaian, why would he not continually treat us with disdain?

Getting closer to Election 2016, he will borrow money to fix the ?dumsor? after staying all these years not giving a hoot about the concomitant adverse effects of the ?dumsor? on all aspects of the ordinary Ghanaian?s life.

Are we not the same ordinary poor Ghanaians with our offspring that will bear the brunt of the painful consequences of the money so borrowed (loan) to fix the ?dumsor? problem after the nation?s own money that could have been used to avoid the occurrence of ?dumsor? in the first place, has been embezzled as indicated earlier on?

Hang on, are Ghanaians not having a short memory as boldly declared by the President? I think we do, if we ever accepted his frivolous excuses to vote to retain him in power during Election 2016. The man has no genuine exonerative excuse to offer that will be enough to pardon him for the hardships he has put Ghana through by his deliberate corrupt doings and his obvious myopia.

He has been enriching himself, his family and his cronies at the expense of the ordinary Ghanaians.

I do not have a short memory, but what about you, my Dear Reader and or a fellow Ghanaian compatriot?