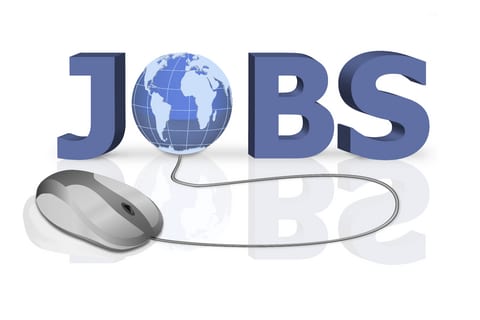 I’m not happy stringing these words together because we can’t live in an economy where employment positions in the public sector are sold. The ability of a person to acquire certain jobs is just like going to the market to purchase a commodity at a price. The situation is deep rooted in every nook and cranny of the society drawing the nation’s clock of progress backwards. The reality of bribes being collected for recruitment and posting in public sector is painful.

This is the singular reason and the buttressing fact that, some people who do not merit certain positions are given the opportunity to destructively cripple our dear nation. My heart bleeds and I become irate whenever I hear recruitment scandals in the public sector. In point of fact, I haven’t fallen prey to such situations but then, it’s high time we disentangle ourselves from this economic shackles.

We live in a country where in order to be recruited into the Police, Immigration, Military, Teaching and Nursing Postings one would have to buy or pay for it. You can’t make a choice to serve the public and public service, and serve yourself. This is typical case of job for sale economy. If we do not nib this scandal in the bud, terrorists will infiltrate our security services and the results would be disastrous to our dear country.

No wonder, it stems from top echelons of leadership too. From elections through civil servants’ postings, one has to buy employment positions. Elective positions are also bought and sold. The money spent during campaigns to get elected, including bribing voters is recouped a thousand fold (through various forms of corruption) once in office. Truth is, these monies spent on campaigns could have been used to establish huge private businesses yet they prefer political ventures to businesses. They do not see the private sector as an engine of growth. It’s sad!

If a job seeker has to pay money before he is offered a job, what would he not do to repay the debt carried forward? Some of us are interested in knowing the criteria which is used for selection and how transparent is the selection process? We have complicated simple things in this country for far too long thereby creating rooms for bribery and corruption cases. The youth has a duty to challenge corruption, but unfortunately they have rather become victims of the very act they are supposed to fight. It’s due to the system being malfunctioned!

It is important as a country, we begin to build and marry strong institutions, provide quality education to our people and create more opportunities for all. I believe that a welfare state based on liberal principles is what Ghana needs. The state called Ghana should play a key role in the protection and promotion of the economic and social well-being of its citizens otherwise; they will continue to fall prey to such human hyenas. There should be equality of opportunity, equitable distribution of wealth, and public responsibility for those unable to avail themselves of the minimal provisions for a comfortable life. Such is the way to make the structure of the state stronger again.

Going forward, we must build our democracy through an open society where information accessibility and sharing is not a big issue. When there is information, there is enlightenment. When there is debate on our airwaves, they come with solutions as well. However, when there is no social justice, accountability and probity, there is abuse, corruption, suppression and righteous anger.

Be guided by what Margaret Chase Smith succinctly puts it that… “My creed is that public service must be more than doing a job efficiently and honestly. It must be a complete dedication to the people and to the nation with full recognition that every human being is entitled to courtesy and consideration, that constructive criticism is not only to be expected but sought, that smears are not only to be expected but fought, that honor is to be earned, not bought” …