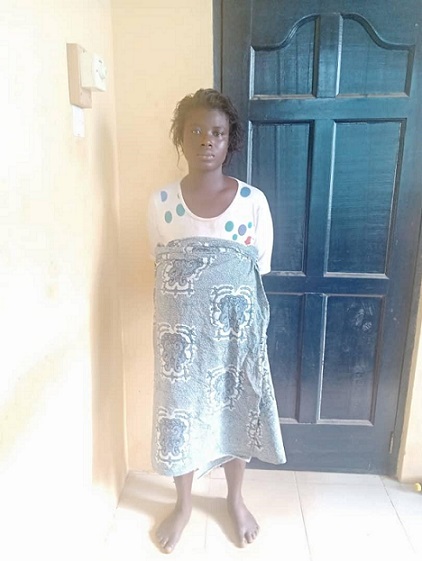 Mary Quaye, popularly known as Obaa Yaa is in the grips of the Central Region Police for inflicting cutlass wounds on her husband.

The suspect, is currently detained and assisting police investigations.

She said on Monday April 26, the Agona Dunkwa Police received a report that at about 0100 hours, Abraham Acquah, husband of the suspect had an altercation with her and later hit her with a piece of wood.

The Police PRO said the wife reacted by attacking her husband with a cutlass, which landed on his neck and other parts of the body and he was sent to the Agona Swedru Government Hospital.

The Police proceeded to the hospital and met the victim at the Emergency Ward with multiple deep cuts on his leg, jaw, neck and shoulder.

DSP Oppong said a police medical form was issued to the victim for endorsement by the medical doctor at the hospital and he was currently responding to treatment.