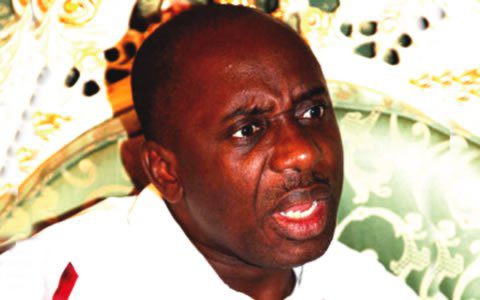 Despite the best efforts by his media minders to downplay the cataclysmic negative impact of the sudden revocation of the Certificate of Occupancy (CoO) of Novotel Hotel over an alleged flimsy excuse of becoming a den of criminality, Governor Nyesom Wike cannot in good conscience (something he is known to be in short supply of) deny that his rather rash and draconian action will obviously send a terrible signal to investors – local and foreign.

It must be stated that the governor’s action loudly and robustly cancels out any expected gains from the expensive advertisements the Rivers State Government has been running on local and international media especially the CNN beckoning on local and international investors to come invest in Rivers State. Like his former Commissioner for Information and Communication, Dr. Austin Tam-George stated in a reaction to his former boss’ action, “But it is a hostile signal to the business and investment community that Rivers State is a toxic environment, and that a 99-year land lease could be withdrawn impulsively at any minute, by the governor.” There is no question that Dr. Tam-George scored a bull’s-eye with that assertion which can hardly be faulted by anyone.

Expatiating further, Dr. Tam-George stated: “As Commissioner for Information in Rivers State, I held 41 media events, including world press conferences and television appearances, to make the case for the state as Nigeria’s best investment destination. Even now, the Wike administration is running an expensive advertorial on CNN, inviting foreign direct investment into Rivers State. If a business premises is suspected or established to be a crime scene, the police, acting on a court order, could move in to take control. It is extraordinary for a State government to revoke the certificate of occupancy of a business, simply because opposition politicians lodged there.”

History points to the fact that one of the biggest fears of investors, especially foreign investors is the penchant for some Nigerian political leaders to disregard agreements and act irresponsibly just like Gov. Nyesom Wike has done regarding the unjustifiable revocation of Novotel’s Certificate of Occupancy.

The stark reality depicted by the former Information and Communication Commissioner represents the real materials investors gather, analyze and decide upon in the course of whether to invest in a particular locale or not. Often times, investors do not trust colourful and superficial advertisements in the media. Rather, they rely on alternative information sourced from the likes of Dr. Austin Tam-George and other indigenous players who have in-depth knowledge of government officials, how their minds work and don’t.

The truth remains that given the fact that investors are usually smarter than those who attempt to lure them to make investments, Rivers State under Gov. Nyesom Wike is perhaps the least attractive place for investment in Nigeria today, not only for being the number one in politically and cult related killings and violence in Nigeria, but more importantly due to Gov. Wike’s reckless intoxication by power and his wanton and crude application of it. He is totally deficient in statecraft most probably due to lack of capacity and preparedness for governance.

The sad thing about it all is that the investing world knows all of this and perhaps much more. The result is that it will be easier for a full-grown camel to pass through the eye of a needle than for Gov. Nyesom Wike and his government to attract investors to Rivers State because the governor, by his own character and antecedents, is the greatest de-marketing factor for investment in Rivers State. Until he is gotten rid off through the ballot box, nothing is likely to change.