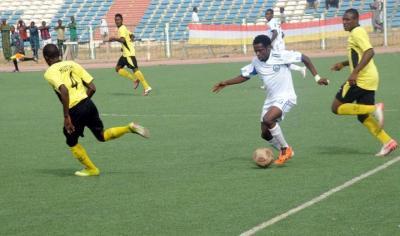 The management of Wikki Tourists Football Club of Bauchi has approved the engagement of 15 new players after one month screening and training as recommended by the newly contracted technical adviser of the club, Coach Audu Maikaba.

The media officer of the club, Usman Abba Shehu, revealed that the technical reports by Maikaba to the management recommended two defenders who are: Haliru Sani from El-Kanami Warriors and Zaharadeen Usman from DSS Kaduna.

The chairman of the club, Alhaji Suleman Chindo, commended the technical adviser for a job well done and assured him that the management would work hand-in-hand with the technical crew in other to ensure good outing in the 2014/2015 Nigeria Premier League season.

Chindo, however, expressed confidence in the newly contracted players based on the way they displayed their skills and discipline during the one- month screening and training.

The club?s technical adviser, Maikaba, expressed delight with the management for giving him an opportunity to serve the team in the 2014/2015 Premier League season.

On the Super Four coming up in Kwara, the technical adviser assured that his boys will perform well, considering the calibre of quality players in the team.