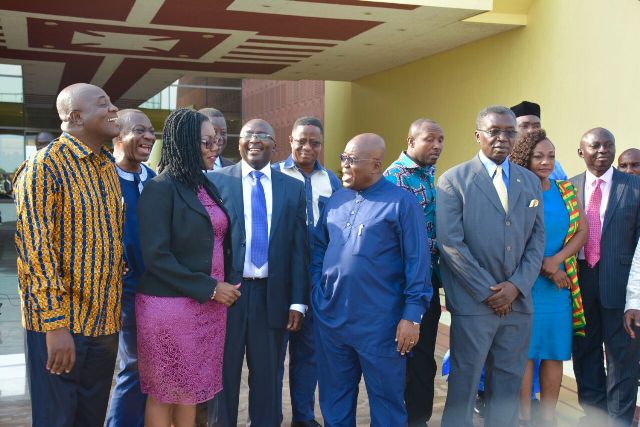 The Women in Law and Development Africa (WiLDAF) says the initial appointment of three females out of the 13 ministerial nominees announced by the President Nana Addo Dankwa Akufo-Addo, on Tuesday, is woefully inadequate. It said this did not reflect well on a Government that promised to appoint at least 30 per cent of women into public office.

Ms Abigail Edem Hunu, the Communications and Advocacy Officer, WiLDAF, in an interview with the Ghana News Agency, said they expected more women to be appointed to Ministerial positions and the other public offices and committees to fight discrimination against them.

She said in accordance with the 1992 Constitution and other International Treaties that Ghana was a signatory to, there was the need to have a regional and gender balance in the country’s governance system and thus appealed to the government to commit more resources to promote women’s rights and protect gender equality.

The President nominated Hajia Alima Mahama for the portfolio of Local Government, Madam Shirley Ayorkor Botchway for Foreign Affairs and Madam Gloria Akuffo for the Attorney-General and Justice Ministry.

The aim of the fight for more women at the helm of affairs by women’s advocacy groups and other advocates is to ensure that gender inequality is ended.

Ghana has been amending her legislation, policies and institutional frameworks, as well as implementing programmes, to ensure that there are more women in leadership positions for effective administration process.

The 2016 General Election saw the marginal rise of women in Parliament from 29 to 35.

Ms Hunu said though the number was not enough, gender advocates were hopeful that more would be elected in due course to champion women and children’s issues.

She also expressed the hope that there would be more women in the next two batches the President would announce.

The list of the 13 appointees has been taken to Parliament and vetting would take place after a committee had been set up to take up this all important exercise.

Kenya down, six more high-stake elections to go in Africa by March 2023

With eight years left to 2030, bold actions are required for Africa to feed herself