Even though the New Patriotic Party appears to have stolen the limelight for the wrong reasons, it has emerged that the ruling National Democratic Party is arguably the most divided political party in Ghana today. 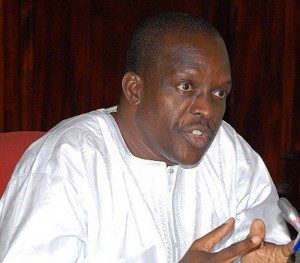 The difference between how the NPP and the NDC have managed dissenting voices within their parties is that, while those sidelined in the NDC have exhibited a high level of discipline and discretion in how they deal with their grievances, those in the NPP have gleefully waged an unrelenting media war against the protagonists in their party, with some resorting to judicial intervention and by their action compounding the reputational damage caused by negative media reportage of the NPP.

While the NPP remains at sea as to how to salvage the party from the destructive acrimony the party finds itself, the NDC may use the opportunity presented by its 24th anniversary celebration to mend broken down fences within the party, and to re-organise itself for the 2016 elections.

Addressing the party at an event organised to commemorate the anniversary, and attended by both the party’s founder and the current president, the majority leader, Hon Alban Sumana Bagbin, who once had described the government as “a government of Mahama, family, and friends,” urged the party to use the occasion to bring back into its fold, members who have defected to other parties or relinquished their membership over disagreements. The Nadowli-Kaleo MP said there was the need for wounds to be mended within the NDC so it can present a united front into the forthcoming November polls.

It however remains to be seen, whether or not the party will heed Bagbin’s call and lure back its lost generation of party members. If it does, it will be the second time in the party’s relatively short history that a deliberate reconciliation process has been initiated. The first happened almost immediately after the late President John Evans Atta Mills won power. The reconciliation process that followed the NDC’s 2008 electoral victory saw the return of previously disgruntled party stalwarts such as Obed Asamoah, Bede Ziedeng, Guzzi Tanoh, and others. But that process ushered in a new wave of dissent within the party, saw former first lady, Nana Konadu Agyemang Rawlings being alienated and vilified by some party members, allegedly at the instigation of the party hierarchy.

Nana Konadu in the process, left the NDC to form the National Democratic Party (NDP), of which she became flag-bearer in 2012 but failed to complete her filings at the Electoral Commission in good time to become eligible to run for the highest office in that year. She is currently the nominated candidate for the same party for the 2016 elections.

The General Secretary of the party, Mr Johnson Asiedu Nketia on his part, boasted that the NDC has managed in the last eight years to transform its image of a violent party, to one of a peaceful party.

“We think that over these 24 years, we have a lot to celebrate: we have been the longest-serving party in power, we have won more elections than any other political party in Ghana” he boasted to the party gathering at their headquarters in Accra.

Officially Notice Given To Speaker Of John Ndebugri’s Death

COVID-19: Parliament firms up protocols after Lawmakers and Staff test positive in Ghana

2020 elections: Why The Return Of ‘Mugabe’ Cletus Avoka To Parliament Is Inevitable!