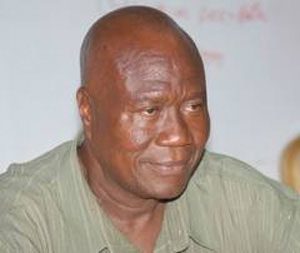 Barring any last-minute hitches, the ruling National Democratic Congress (NDC), will go to the polls on December 20, 2014, to elect its National Executive but the position which promises to be fiercely contested is that of the National Chairman slot which will see four party stalwarts slugging it out to undo each other.
The party settled on the new date after it had on two occasions postponed the election date as a result of a Court suit filed by an aggrieved member. Dan Abodakpi, a former Ambassador to Malaysia, Alhaji HuuduYahya, current Vice Chair of the NDC, and Kofi Portuphy, NADMO Coordinator, are challenging the incumbent Chairman, Dr. Kwabena Adjei for the party’s top position.
It would be the first time in the history of the party to have as its National Chairman not hailing from the Volta Region should both Dr. Kwabena Adjei and Dan Abodakpi lose out in the contest.

Although, none of the candidates have come out to explicitly lay claim to a tacit support of some party bigwigs, there are suspicions of three camps within the party who are clandestinely supporting their favorite candidates.
The said camps are the President Mahama camp, the Rawlings camp and the Ahwois? camp.

All the supposed camps have remained mute over their said support with the exception of Former President Jerry John Rawlings who recently said he anticipated the National Chairmanship race was a straight fight between incumbent National Vice Chairman, Alhaji HuuduYahaya and Mr. Kofi Portuphy, head of NADMO.
Indeed Alhaji HuuduYahaya who was said to be enjoying the support of President Mahama, recently came out to dispel that notion insisting that he was contesting on his own merits.

While the NADMO Boss, Kofi Portuphy is said to be enjoying the massive support of the Ahwois, the incumbent Chairman, Dr. Adjei is said to have been left alone to fight his own battle.

Mr. Ebenezer Kofi OforiPortuphy, a Founding Member of the NDC, says his key vision of seeking the National Chairmanship is to reinvigorate the NDC as a formidable social democratic party for all Ghanaians.
Mr.Portuphy,also known as ?Mr Pee,? who is currently the National Vice Chairman of the party insists that as the NDC sprang out of the people, it was time the party shifted momentum to meet the day-to-day expectations of its members and the entire Ghanaian populace.

?For 32 years I have done humanitarian work in this country; my work is to sacrifice for the party because NDC is the party by the people and for the people,” says the NADMO Boss.

Assessing the performance of the outgoing National Executive which he is a member, Mr. Portuphy said ?we have done our best but we need to do more. There is always room for improvement in our lives. It is for the improvement bit that I want to play a key role in leading the party to greater achievements under my chairmanship.?

?It is obvious in many of our branches and constituencies across the country that our members, former functionaries, ambassadors and MPs feel sidelined or ignored. It is time to galvanise all these people for the party to, sustain maximum unity. When we are united, we can work as a team,? he assures the party.

As Director of Elections of the NDC since 2002, Mr Portuphy says it is his core objective to strengthen electoral mechanisms and structures, as well as help the party to retain power in the 2016 election.