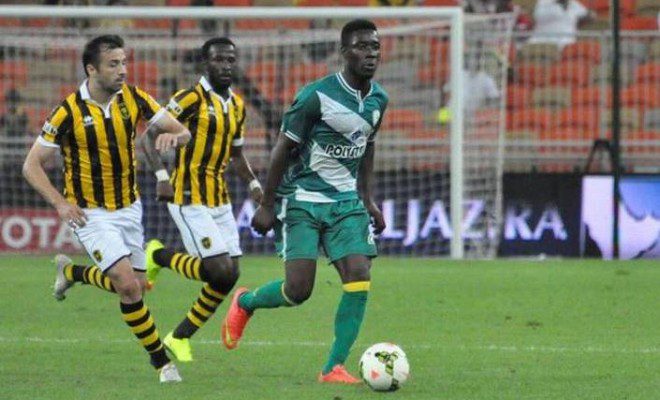 Former Hearts of Oak winger Winful Cobbinah is set to clash with Sulley Muntari in the Saudi Pro League opener in a fortnight?s time.

Cobbinah, 23, is likely to feature prominently for Najran as they welcome Muntari and his new club Ittihad Jeddah into the Al-Ukhdood Stadium on August 20.

It will be the first time Cobbinah faces the former Inter Milan and AC Milan star in a competitive game and he will be hoping for a triumph.

He has already garnered a season of experience playing in the top-flight after joining Najran from Hearts of Oak last term.

Muntari landed in Ittihad on a two-year-contract worth ?7 million as a free agent after leaving European giants AC Milan.

Najran avoided relegation by just the skin of their teeth after finishing just above the drop zone while Ittihad placed fourth on the log, meaning no continental football for Muntari.

Ghana Held To Goalless Draw In Clash With Nigeria