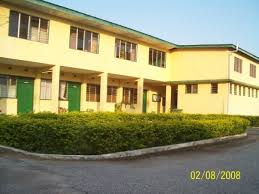 “They don’t simply come to school to study, but are expected that they will embody the attributes of civic, literacy, global awareness and cross-cultural skills, information and communication skills and critical and inventive thinking,” she said.

Mrs. Arday-Kotei made the call at the 66th Speech and Prize-Giving Day of Winneba Senior High School under the theme: “Quality Education for National Development: the Role of Stakeholders.”

According to her, if the mentioned attributes were well harnessed, they would make children better citizens, self-directed learners, confident people and active contributors to society,with all the essential ingredients towards national development.

Mrs. Arday-Kotei stated that students had their own role to play as stakeholders in quality education and development, adding that they were the ultimate beneficiaries of education and those for whom the highest expectations were placed because they were being trained to be leaders of tomorrow.

With regard to their roles as stakeholders, were to fulfill their responsibilities as active builders of their own education instead of passive recipients of the education system, she said.

“The noble aspiration of the Ghana shared growth and development agenda which aims at transforming the economy through industrialization, especially manufacturing based modernized agriculture and sustainable exploitation of the country’s natural resources, will remain an intention on paper if the people are not trained, mostly from higher education instructions with the appropriate knowledge and skills to transform the economy,’ she added.

Mrs. Arday-Kotei said these were the people who could lead technological transformation and economic development, and added that the country could develop economically by depending on sales of raw cocoa Beans, timber, minerals and now oil.

She lamented further that, the role of the student as a stakeholder in education and national development could not be considered, without identifying that of the parent and for that matter parents must also support schools in their efforts to educate students.

They must take ultimate responsibility for the upbringing of their children and set good examples for them to follow, she said,

She said no education system could be greater than the quality of its teachers, and added that they were expected to care deeply for the character and also moral development of students by word and example, especially to help their students find potential within themselves.