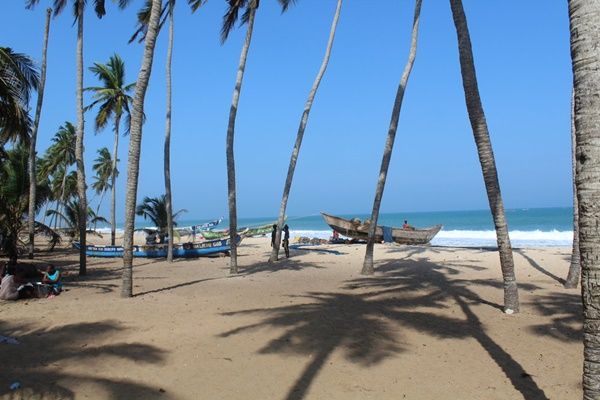 The Transport Minister has tasked the Effutu Municipal Assembly to partner the contractor of the Winneba Landing Beach Project to identify structures to be affected by the project for evaluation and compensation.

Mr Daniel Nii Kwartei Titus-Glover, Deputy Transport Minister, who is also the Member of Parliament for Tema East, made the call at a day’s sensitization workshop to enlighten stakeholders on the project in Winneba.

Winneba is one of the beneficiaries of the government approved landing beach projects in the Country.
The programme was jointly organized by the Ministry for Transport and the Effutu Municipal Assembly to school of selected stakeholders to be abreast with the benefits of the project.

The rest were the Chima Harbour Engineering Company (CHEC) Limited, Bluestone, the Local Partner, Engineers from Ports and Harbor Authority and other Officers from the Ministry of Transport.

It is expected to be completed within nine months and will include; an ice plant, offices, warehouse for the fishermen to store and repair nets, a fish market and a Daycare center for fishmongers to send their babies to enable them to soundly ply their trade.

Mr Titus-Glover assured that the perennial sea overflow that caused extensive damages to canoes, net, outboard motors and other fishing equipment would soon be a thing of the past.

He said the President had already done the symbolic sod-cutting ceremony for the commencement of the project and work would commence by June ending and called for the cooperation of the entire citizens of Effutu to facilitate the work.

The Deputy Minister took the opportunity to encourage Ghanaians to strictly adhere to the health protocols in place to help stop the spread of COVID-19 Pandemic, since the fight against it was a collective one.

“Let us stay alive to contribute towards the development of the country”, he stressed.

UCC urged to improve on, sustain the quality of teaching and learning