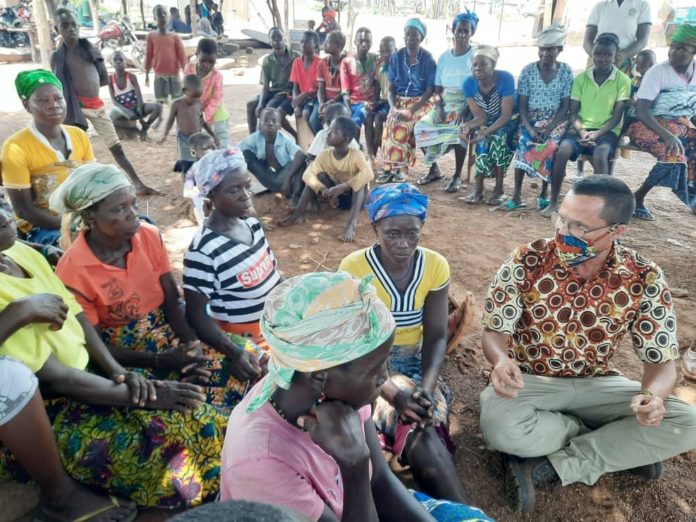 In a patriarchal society, a woman without the protection of a father, husband, or sometimes a brother, is extremely vulnerable to being tagged a witch. Women in the past till now have been subjected to various forms of abuse in the name of culture and tradition or because certain practices are acceptable to societies. This brings us to the issue of witchcraft allegation and violence. Witchcraft accusations and persecutions are being used as a marginalization tool against women across the globe. The re-emergence of witchcraft beliefs in contemporary society and the prevalence of the violence associated with such beliefs is such barbaric and has only received little attention from governments, particularly in Ghana. Let us walk through the perceived role of witches? In Ghana witches and wizards are believed to possess inherent, supernatural powers that are used to create evil or misfortune. Sicknesses, the inability to have children, accidents, the loss or destruction of property, droughts, floods, and fires are among the events blamed on witches, according to many scholars.

Witchcraft beliefs are part of everyday life in Ghana and part of aging in Ghana as well. Older women marginalized within family systems are vulnerable to attacks and abuse. The sex of alleged witches varies across different societies though. What is however clear is that many studies identified that in many parts of the world, women are largely at the receiving end of witchcraft accusations, compared to men. Though both men and women can be accused of witchcraft, the vast majority are women, especially the elderly. According to ActionAid, widows, childless or unmarried women are vulnerable to being branded witches as they do not fulfil expected gender. A scholar by name Macfarlane in 1999, argued that the tendency of women to become witches through the work of the devil is more likely due to what is described as connected to the conception that women are ‘commonly impatient, and being displeased more maliciously, and so more apt to revenge according to their power, and thereby more fit instruments for the devil’. But in my view, the root cause of this, is the weak social protection systems, the lack of influential people to support widows and unmarried women. I could not agree more when ActionAid found that there is high correlation between the perceived non-contribution of women to the economic needs of the households and witchcraft allegation. We are yet to see career women or women from good socio-economic backgrounds accused of witchcraft. Let me take some time to chronicle recent organised violence against women that seemingly went unpunished.  According to Citi news on April 20, 2021, some irate youth of Nakpali in the Zabzugu District of the Northern Region on Tuesday, April 20, 2021, destroyed the property of a 68-year-old woman they accused of being a witch. The youth also set the house of Amina Mahama ablaze, because she was accused of causing a baobab tree to fall and kill a young man in the town, this in my view beat science and logic. On Thursday, 23 July 2020, a 90-year-old woman, Madam Akua Denteh was beaten to death in broad daylight at Kafaba near Salaga though the perpetrator is standing trial, Graphic Online. According to newspaper reports, a fetish priestess declared Madam Akua Denteh the witch responsible for the burning of the New Patriotic Party (NPP) youth shed. This is incredible, isn’t  it?

Another elderly woman in northern Ghana fled her homes to live in so-called witch camp because she has been accused of witchcraft and beaten.  For fear of being killed, she found refuge in the camp according to Dw news.  Has it become a crime to be a woman? How could society subject women to such cruel and barbaric torture or it is a marginalization tool against women?

According to the universal declaration of human rights, UN 1948, Article 5, no one shall be subjected to torture or to cruelty, inhuman or degrading treatment or punishment. He 1992 constitution also provides every person right to life. Any person abused in the name of witchcraft in any community, the community and traditional leadership and the perpetrator should be dealt with in accordance with the laws of Ghana. This will serve as deterrent to others.