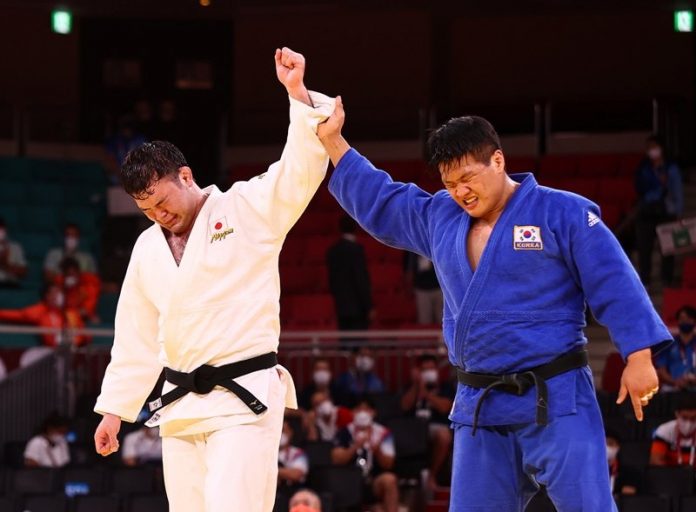 Wolf beat Cho Gu Ham of South Korea in men’s -100-kilogram, while Hamada won the women’s -78-kg event over France’s Madeleine Malonga in a re-match of the 2019 World Championship final.

“I knew I would give it all. I remember what I experienced with her before and I used that to my benefit today,” Hamada said.

Wolf is the eighth Japanese athlete to win judo gold at Tokyo 2020, equalling their record from Athens 2004.

Portugal’s Jorge Fonseca and Niliaz Iliasov, a Russian neutral, got bronze in the men’s competition. Fonseca’s medal was the first won by Portugal in Tokyo.

Current world champion Anna-Maria Wagner of Germany and Brazil’s Mayre Aguiar took out the bronze in the women’s event.