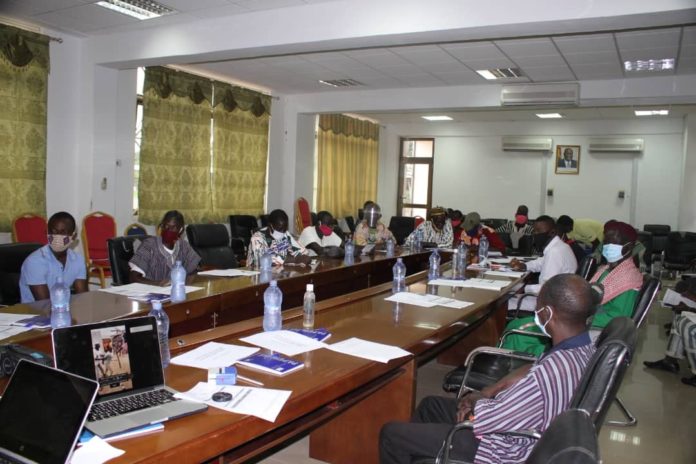 The Widows and Orphans Movement (WOM), a gender empowerment based advocacy organization, has engaged some selected traditional and religious authorities in the Upper East Region as part of efforts at ending Sexual and Gender Based Violence (SGBV).

The engagement sought to empower the traditional and religious leaders to play critical roles in eliminating some of the sociocultural practices and beliefs that constitute sexual and gender based violence especially against women and children.

The forum was organized in partnership with Oxfam Ghana and funding support from the European Union (EU) as part of a four-year project on the theme, “ENOUGH! Empowering women, girls, boys and men to take positive action in ending sexual gender-based violence in Ghana, Liberia and Mali.

Ms Fati Abigail Abdulai, the Executive Director, WOM, said there were some cultural and religious beliefs and practices that dehumanized people especially women and there was the need for pragmatic measures to be put in place to curb the situation.

Ms Abdulai noted that statistics from the Domestic Violence and Victim Support Unit (DOVVSU) and the Commission on Human Rights and Administrative Justice (CHRAJ) indicated that there was prevalence of SGBV cases in most districts in the region particularly Bolgatanga Municipal, Bongo and Nabdam Districts.

A consultation was done with the Ghana Education Services and the Gender Desk Officers and six communities from the two districts including Vea, Bongo-Beo and Balungu in the Bongo District, and Logri, Gundoo and Kongo in the Nabdam District were identified to have high incidence of SGBV, she added.

The Executive Director explained that the project intended to work with traditional and religious authorities from these six communities to intensify education on issues of SGBV and help eliminate or modify certain practices to promote and respect the basic human rights of the individuals especially women and girls who were mostly affected.

“The main objective of this programme is to train these religious and traditional leaders to act as change agents for sexual and gender based violence, so they are supposed to go back to their various communities and advocate against such practices,” she noted.

Mr Jaladeen Abdulai, the Regional Director, CHRAJ, who took the participants through some of the provisions of the 1992 Constitution and other regulations that frowned on SGBV, noted that such practices amounted to infringement on the fundamental human rights of the individuals.

The Regional Director, who mentioned rape, sexual assault and harassment, trafficking of women and girls and other harmful cultural practices as incidence of SGBV, explained that women and girls were mostly the victims and called for collective efforts to addressing the canker.

The traditional and religious leaders lauded the efforts of WOM and its partners for contributing to ending gender based violence and pledged to intensify their efforts to supporting the fight.

Reverend John Atuum, the Catechist at the Vea Catholic Church, said he would incorporate the message of SGBV into his sermons to educate members of his congregation to appreciate the need to join the fight against it.