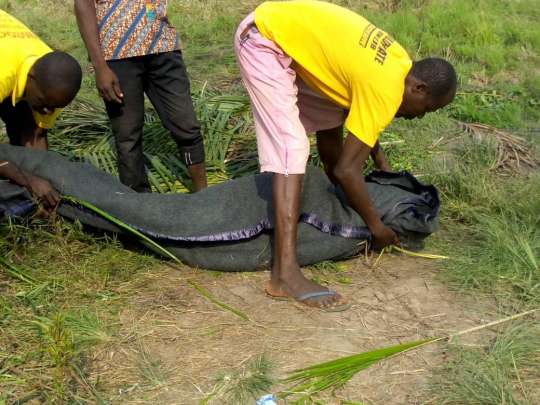 A woman aged about 32 years and her six- months old son have drowned in a pond at Blaakor-Badzikope in the Kpoglu Electoral area of the Ketu South Municipality.

The woman, identified as Madam Yegadzinawo Aklamanu with the baby, Korku Kpordzro strapped at her back, had gone to the pond to fetch water for washing.

Community members who spoke to the Ghana News Agency (GNA) at the scene of the incident said some persons who were on their way to pick rice from their farm around 0930 hours discovered the bodies and brought them out from the water.

They suspected the deceased, who was epileptic to have suffered seizures while attempting to fetch water and ended up drowning with her son in the pond, which was said to be deep to knee level.

Mr Korbla Kpordzro, husband of the deceased, said it was difficult for him to lose his wife and son in a day and in such a manner.

Madam Dadolo Mensah, a resident of Bodzakope blamed the incident on lack of potable water in the surrounding communities and said, “if we were to have water running in our homes, I’m not sure she would have walked all this distance to do her laundry and get herself and that little boy drowned”.

Madam Mensah said walking several distances to dugouts in rice farms to wash clothes was a regular activity for women in the community.

Mr Korbla Agbo Nugloze, a Unit Committee Member in the area, confirmed the water problem facing residents of Lagashito, Blaakor, Dzogbenu among others in the electoral area and added that though boreholes were drilled to serve the communities, they remained unused because of the salt content of the water.

Mr Michael Hodedzi, Assembly Member for Kpoglu, said he would take up the potable water challenge to the Assembly for redress.

The bodies have since been sent to the Hossana Morgue at Agbozume while the police continues investigations.