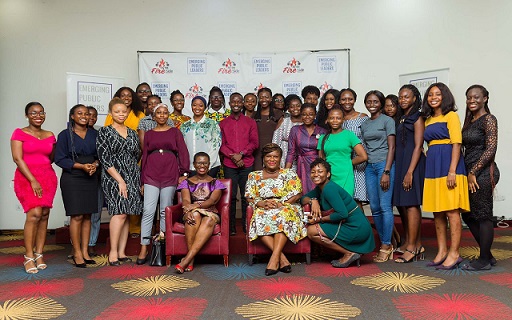 Women have been urged to take leadership positions in both the public and private sectors to ensure equal representation in society.

The Mayor of Freetown Municipality in Sierra Leone, Yvonne Aki-Sawyerr, made the call on Wednesday in Accra during the Emerging Public Leaders (EPL) forum.

She said that would help accelerate the development of the African continent.

According to her, women constituted more than 50 per cent of African society and needed to be equally represented in all spheres of the society to help in decision making.

The programme, under the theme: “Leading in Uncertain and Challenging Times,” was organised for 60 young women civil servants working in the various Ministries under the EPL Fellowship Programme.

Ms Aki-Sawyerr who spoke on the theme of the programme, said women were endowed with skills and talents which could be harnessed to accelerate the development of the African continent.

However, she said most of the leadership positions on the continent were occupied by men, saying, “this can be seen in the boardroom and all levels of society.”

“The quality of leadership of those who lead the public service will ensure that there are good roads, schools and markets,” she said.

Asked what accounted for the low representation of women in leadership positions in Africa, the Freetown Mayor said the problem was “both structural and historical and that the African society has been largely patriarchal with men leading in all spheres of society.”

She entreated the EPL Fellows to take leadership positions at all levels they found themselves in the Civil Service and not be on the fringes.

Ms Aki-Sawyerr explained that leadership was not about titles, but service, stepping forward and mobilising people to fix the problems of society.

The Global Executive Director of EPL, Yawa Hansen-Quao, said the programme was to provide an opportunity for Ms Aki-Sawyerr to inspire the next generation of young women who were looking to serve in a leadership position in the civil and public service.

She said EPL was a public service leadership organisation that works with the government and helps to create a pathway for talented people to enter into government service.

“We exist to empower the next generation of civil service professionals,” Hansen-Quao, said.

She said EPL, which started in Liberia, established a branch in Ghana in 2018, stressing, “in Ghana, we have been able to place 80 talented young women in the Civil Service with about 17 different government agencies, including Ministry of Finance, Gender and Local Government and Rural Development.”

Ms Hansen-Quao stressed that every nation needed the best and brightest in the public and civil service.

Gender And Leadership Forum Organized For Students At Kpone SHS