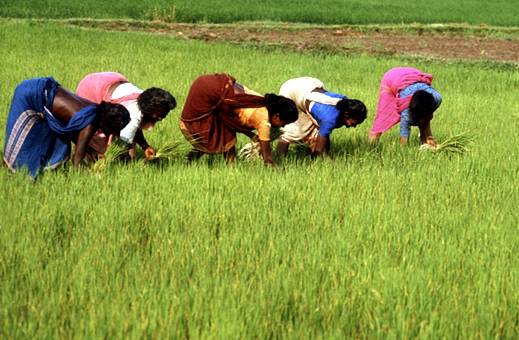 The technologies, which include rows transplanting, weeds control and application of briquetted urea fertilizer on rice farm, would empower them to also educate others on the need to adapt the new technology to improve yields and earn extra income to reduce poverty.

USAID, through its flagship project called the Agriculture Technology Transfer, has partnered the Bontanag Irrigation Scheme and Ganorma Agro Chemical Limited to promote the new agricultural technologies in the Northern Region.

?This has been successfully implemented in 15 West Africa states and farmers are recording increase yields. Burkina Faso is ahead of Ghana because farmers there have changed their method of farming and I believe this country can also reap the benefit of technology if they adopt?, he said.

Dr Fofana said both studies and practical work had proved that the technology reduced cost of fertilizer, is environmentally friendly and controls weeds.

?Practically, a farmer loses two out of three 50 kilogram bags of fertilizer if broadcasted but when the fertilizer is briquetted and inserted into the soil, the rice plant gets the needed quantity to grow as well as fruit?, he added.

Mr Stephen Adegle, Project Manager of Botanga Irrigation Project, said the projects promised to address some of the key constraints of small holder farmers to improve agricultural productivity and growth.

He said about 600 farms at the Irrigation site were cultivating a 10?10 size of UDP as demonstration on their dry season rice farm to compare yield.

Mr Adegle told the farmers that despite the advent of climate change and its effect including low rains, they could increase yield if they applied the fertilizers well.

Dalung Lana, Alhaji Mahama Amidu, Chief of Dalung, appealed to the farmers to introduce to and learn with other farmers about the benefits of using UDP technology and line transplanting for rice production.

He said one of the challenges of the farmers within the area was the application of the fertilizer and that the training had helped to make the work easier.

Mr Musah Salifu Taylor, Organisational Development Advisor of USAID-ATT, said the project would continue to fund novelty farming technologies to help improve the productivity and quality of production in rice, maize and soya, which is an integral part of the country?s wider growth strategy.