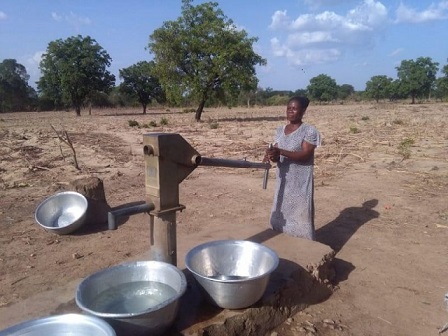 Some women at the Ga community in the Wa West District, have decried the inadequate sources of potable water, which affects their economic activities and livelihoods.

According to the women who were mostly farmers, they spent more time in search of water, and got to their farms late, which affects productivity.

Narrating the situation to the Ghana News Agency (GNA) in an interview at the community, Madam Latifa Adams said they had to wake-up as early as 0400 hours to queue at the borehole before they could get a basin of water.

“The water situation is worrying us, when you go to farm you need to come back early to search for water to cook, we are really suffering”, she explained.

They said the community of over 3,000 people depended on only three functional boreholes, which had made access to water for domestic use very difficult.

Madam Adams added that they sometimes competed with cattle and other animals at the community dam for water, which she said had exposed them to waterborne diseases.

“With the dam water, you even find it difficult to bath. When we fetch from the dam, we add chemicals to purify the water for the mud and other particles to settle before we can bath it, and when you get small from the borehole you use that to cook”.

Madam Hawa Salifu, another resident, told the GNA that due to the struggle for water at the community, “children go to the borehole, fight and insult each other including their parents”.

The women therefore appealed to the District Assembly, benevolent individuals and organisations to provide the community with additional boreholes to help alleviate their plight.

Meanwhile, Mr. Maalibunaa Saaka, the Unite Committee Chairman of the Ga Electoral Area, noted that there was excessive pressure on the few boreholes, which caused them to easily breakdown.

He observed that both the women and children sometimes exchanged unhealthy words at the borehole in the struggle to get water. “Water is a necessity, what will we do. Sometimes they can pump the borehole until day break.

The Unit Committee Chairman said the situation could have been worse without the intervention of the Member of Parliament for the area and the Ga Youth Development Association, who drilled one borehole each for the community.