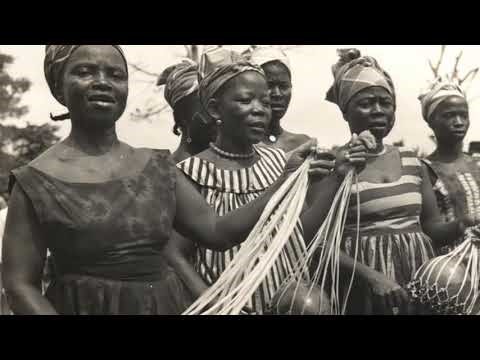 There can be no argument on women’s contribution to traditional native music in Liberia without the mention of the Liberia National Cultural troupe, since its establishment in the 1960’s the troupe has been a microcosm of Liberian national cultural inheritance.

It recruited young talents from every part of the nation through its latent hunt expeditions to be groomed for services to the nation.

There is not a single woman traditional artist who has gone through the gates of Kendeja (home of the Liberian National Cultural Kendeja) that had not benefited from the awareness of this culture venture.

This Troupe has given birth to the very best of traditional music icons in the West African Nation. Nimba Burr, Princess Fatu Gayflor, Marie Nyenabo and Ambassador Julie Endee are some of the names and faces that subject the talent shows, state events and most importantly the airwaves.

Nimba Burr- dubbed Liberian singing feeling hails from the Dan tribe0 of Northern Liberia. She led Liberia music during the 1970’s signing folk songs from both the Mah/Mano and Dah/Gio people, Nimba Burr came to prominence through the talent hunt of the Liberian National Cultural Troupe. By 1976 she became lead singer of that group.

Princess Futa Gayflor also known as the golden vice of Liberian reigned during the 1980s. As a member of the Lorma ethnic group she received tutoring in formal procedure and songs, and in playing the sasa (sekere) from the sande society, by the time she was twelve years old she joined the Liberian National Cultural Troupe where she saw groomed into a arena performer.

Fatu carries the titled Princess because she sings in at least ten local languages. Marie Nyenabo nicknamed the nightingale of Grand Geded first learned to dance and sing when she was a young girl. She performed in celebrations and rituals in her native Krah communities before she was recruited to the National Cultural Troupe.

Some time ago cannot talk about traditional music in Liberia without the mention of Ambassador Julie Endee also referred to as Liberia’s Traditional Queen. She has been in control of the mic since the 1990’s. She was also exposed by Liberian National Cultural Troupe at a young age.

Throughout the years of war in Liberia, Julie led the Liberian National Culture Troupe bringing home many awards she later established her own group of cultural performers calls the crusaders for Peace.

Today the National Cultural Troupe is darkness of its well-known self at an all- time low in talent hunt through local competition, national and international performances and other habit activities.

I believe that music has conventionally played a very important role in African culture more than ever in Liberia as one in the middle of the oldest black settlements in our land. I cost our strong African heritage and its importance in many suspects of our Liberian cultural.

As a Liberian artist, my goal is for the world to be able to wonderfully indentify Liberia the country, and her gorgeous s cultures and traditional. Also, ensuring we are keeping our traditional and cultural ethics for generations to come.

This is a Liberian motto that says the future depends on what you do today so it is with women in traditional music. Already an area of male supremacy; if women do not work together, native folk songs will be heard and seen no more.