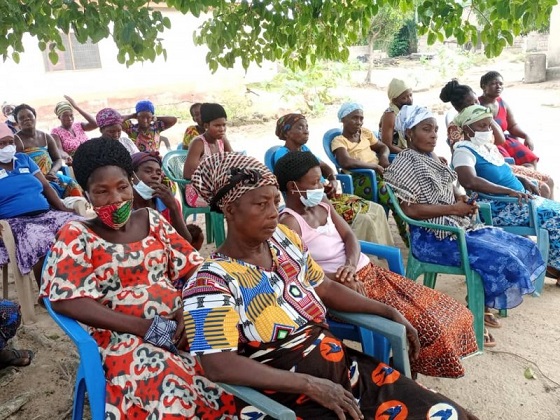 A Gender advocate and a cross section of women in the Western Region have expressed worry about the limited number of women participation in Government, especially at the local level.

This, they lamented was against the backdrop that women involvement in local government ensured that their perspectives were effectively incorporated into policy decisions.

Out of the fourteen nominated Metropolitan, Municipal and District Chief Executives (MMDCEs) in the Western Region, only two are females.

Speaking in an interview with the GNA, Madam Cecelia Quainoo, a gender advocate, stressed that the participation of women in local government was critical in the decision-making processes of the District Assembly.

She said women participation in local government would enhance the legitimacy of the government, ensured fair representation of society in elected offices and impact the policy agenda by strengthening the ability of women related issues in the society.

She indicated that women involvement in decision making processes of governance was critical for sustainable development not because they constituted the majority of the population, but they were discriminated against and underrepresented in the socio-economic and political development activities.

“For instance, the Government of Ghana should adopt a quota system reserving a certain percentage of seats in the MMDAs for women to improve women participation in local government in the country”, she said

“In addition, Non-Governmental Organizations (NGOs) and financial institutions should be enthused to economically empower women through financial support,” she added.

According to Madam Quainoo, if women had financial support, they could venture into economic activities that would earn them much more financial independence to sponsor their political activities.

She therefore called on NGOs and other charitable organizations as well as individual philanthropists to work in partnership to set up educational funds to help provide financial assistance to support girl child education.

This, she indicated would go a long way to encourage girls to stay in schools at all levels of the educational ladder to acquire knowledge and skills, to improve upon their confidence level for future political positions.

She stated that Non-Formal Education programmes must be well resourced to cater for women in the Non-Formal Education system to be able to read, write and understand issues relating to governance and politics to allure to improving the level of women’s political participation and representation in the country.

She further encouraged religious and opinion leaders to spearhead crusades to promote the cause of women representations in politics in their respective communities and organize campaigns to educate community members about the importance of women in both national and local politics.