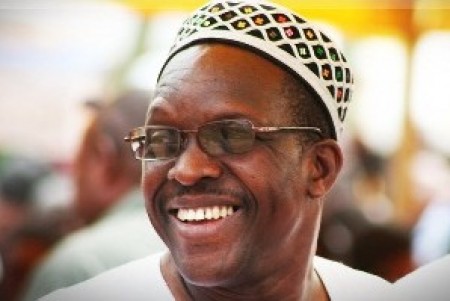 They said while others had matched the Ayawaso West-Wuogon by-election violence with unprintable language, Mr Bagbin on the other hand kept his cool and rather used the least opportunity he had to visit and comfort victims on their hospital beds depicting a mark of maturity.

Speaking at a News conference in Accra to throw their support behind the Nadowlo/Kaleo Member of Parliament, the women Organisers noted that he had passed the test that the provocation put leaders of Ghana to, saying his leadership qualities were carried in his speech.

“Mr Bagbin, is a very intelligent Communicator. At a time that other political leaders are losing their cool and making negligent statements that can plunge this country into chaos, he has maintained a very dignified language that unites us,” Mrs. Grace Workpor, a branch Women Organiser has said.

Mr Bagbin after the by-election violence condemned the actors and demanded swift investigation into the shootings at La Bawaleshie, reminding that all Ghanaians were equal before the law.
Mrs Workpor said the conduct of Mr Bagbin as against that of other political leaders had shown his superior sense of leadership.

“Thank God that we have a more mature leader like Mr Bagbin, who is crying ‘peace and justice’ may his peace and Justice, coupled with his God-fearing nature, rather become a blessing for this country in 2020,” Mrs Workpor added.

She pledged her support for Mr Bagbin, calling on delegates of the NDC to vote massively for him to become flagbearer, “so that we can get rid of ‘all-die-be-die’ and ‘boot-for-boot’ in 2020.”

On her part, Mrs. Mary Yamenoo stressed the need for political leaders of the country to show leadership even in the face of provocation, saying that as Women, their interest was to prevent war and violence.

“Infact, Mr Bagbin is an intelligent Communicator and it is important that political leaders learn from him, we as Branch Women Organisers of the NDC thank him for being a peaceful voice at a time when other voices are beating war drums, it is the women and the children who will suffer the most in the event of any war. So, anybody who chooses to have his language seasoned with peacefulness, in spite of the provocation, has women and children at heart.”

Since the outbreak of violence during the Ayawaso West Wuogon election, Mr Bagbin has called for calm and peace, but also demanded strongly that the perpetrators be brought to book.