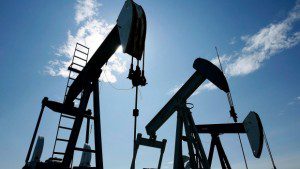 Mrs Munira Abubakari, Head of Monitoring, Evaluation and Outreach at African Centre for Energy Policy, told the Ghana News Agency that government being a signatory to various agreements and declarations has sought to bridge gender imbalance in the economy,

However, Mrs Abubakari said there was much to be done to close the wide gap despite the implementation of many protocols, particularly in the oil and gas sector.

She said gender inequality is a major development priority and occurs in social, economic, political and educational sectors.

“These disparities in gender tend to favour males than females who suffer negative consequences of gender imbalance in all spheres of life.”

“Women’s economic dependence on men limits their ability to exercise control on matters concerning their health, education, and productive capacity.”

She said the higher the number of women in law-making positions, the more attention given to gender equality and reflects in legislation and budgets.

“However, with respect to the implementation of these conventions, laws, and policies, there is still a wide gap.”

She said since women formed 51 per cent of the total population it was appropriate to include them in planning, discussion and consultations on issues that directly and indirectly affect their lives.

She called for gender mainstreaming to raise the potential of women in direct employment as well as women’s empowerment to spur the national development agenda.

She said such unwelcoming practices reduce productive potentials of females, lower their self-esteem, and violate their fundamental rights.

She also expressed worry that many women still have no entitlement to family properties, saying, “currently, land is the most valuable asset for production, women have no entitlement at the traditional level to own lands, even if through their own efforts females acquire lands, in most cases male relative still control the use of that property”.

She said there was a general favouritism for male rather than female family members and that reflected in the choice of parents sending only males to school while neglecting females.

“A lot of young girls are dropping out of school due to poverty, teenage pregnancy, and discrimination,” she said.

She said 80.6 per cent of informal sector workers are women while women constitute only 32.7 per cent of the paid employment sector – most of them in urban areas.

She said it was worrying to have fewer women in parliament and cabinet positions and called for a conscious effort to be made to launch women into the political limelight.

Mrs Abubakari said out of the parliamentary 275 seats, 133 women contested, and 29 women were elected, representing 10.9 per cent of the total seats, referring to African economic outlook report 2014.

“Cabinet positions also tell an unbalanced gender story, out of 24 representative of council of state members, only 3 are females,” she said.

She said several women who climb ladder to the top at the civil service, private organisations, and government agencies needed a little push.

“Regular capacity building for such identifiable potential female leaders would, to a large extent, improve their knowledge to be able to hold [a] leadership mantle,” she said.

She said several constitutional provisions have been “violated,” citing skewed Ghana Education Trust Fund sponsorship to students between 2010 and 2015 to pursue oil and gas courses outside and within the country.

“Fewer females were sponsored as compared to males,” she said, adding 221 men were being assisted to study oil and gas related courses in contrast to 49 women given similar favours.

Gender composition of boards of oil and gas sector institutions, she said, also shows that only 12 women are in leadership positions of downstream companies as against 165 males.

“Various governments have paid lip service to actually enacting and implementing laws that would make a great difference in terms of guaranteeing the positions of women across all endeavours,” she added.

Mrs Abubakari said “some female contestants are harassed in an attempt to discourage them from participating in key contested positions.”

She urged government to put in place appropriate policies and programmes or amend existing laws to address gender imbalances.