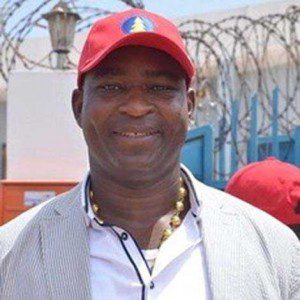 Mr. Bernard Antwi Boasiako popularly known as Chairman ‘Wontumi’, in a statement copied to Peacefmonline.com, catalogued series of actions that exposes President Mahama and the NDC of supporting the commentators who threatened to kill the judges.

He pleaded with the court to temper justice with mercy and forgive the “untrained radio communicators” hired by the President Mahama and the NDC.

Below is a copy of his statement

Threat On Judges: President Mahama And His NDC Should Disassociate Themselves From Montie Fm

It comes as a shock to me the refusal of President Mahama and his NDC to publicly disassociate and condemn the unfortunate threats on Supreme Court Judges made by his party communicators on Montie fm.

The issue bothers me a lot considering the swiftness the president and his NDC machinery have taken to in condemning positive critics who talk about the Chairperson of the Electoral Commission and other institutions they (NDC) believe can negatively benefit from.

It is a open secret that President Mahama and his weak NDC team have officially become the spokesperson of Charlotte Osei and would always rebuke all other commentators who points out the flaws in the work of the Electoral Commission.

Therefore President Mahama’s continual silence on this matter makes the majority of Ghanaians waiting for a change in government to believe that he personally supports the unfortunate threats on the lives of our Supreme Court Judges and this situation saddens my heart and that of well-meaning Ghanaians.

We sometimes question ourselves; under which motivation could these NDC communicators make such outbursts or threats? Who is encouraging or asked them to make those threats? But, the President and the NDC’s aftermath reactions to these threats clearly tell us all where they derived their authority from to make those outbursts.

President Mahama knows he would lose the 2016 presidential elections and to scare authorities he perceives would act against him, he is using his untrained radio communicators to put fear in judges at the judicial service.

It is dangerous and it should not be encouraged by any political party. The least I expected from him was for him to hurriedly say his people goofed. If the president really cares about Ghanaians, he should admit the threats would further make our country unsafe to be living in.

My advice to all youth groups, individuals and wings in the various political parties is for them to be circumspect on radio and never to allow politicians to use them as vessels to create fear and panic in our country.

I further pray the Supreme Judges to temper justice with mercy on these ‘foul mouth’ panelists of Montie fm, because, it seems they were serving the interest of somebody.

I equally want to tell President Mahama and the NDC to publicly dissociate themselves from this comment. This I believe would clear our minds of the suspicion that the panelists were serving their interest.