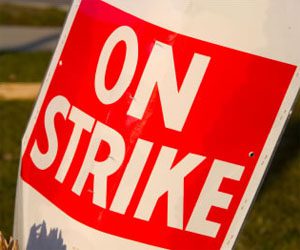 Workers of a number of government schools in the Sunyani Municipality have not joined the indefinite strike action declared by some labour unions to back their demands from Government. A number of labour unions embarked on an indefinite strike from Wednesday to back their demands concerning the management of their tier two pension scheme.

The Unions had said that they would not rescind their decision unless Government released their accrued tier two pension money in its custody for them to manage it.

A Medical Practitioner who spoke on condition of anonymity to the GNA at the Municipal Hospital said the local Union only received the letter on Wednesday evening.

The Officer said now that they had officially received a letter of notification they could start the strike from Thursday, adding that “we did not abandon our work because we do not act on the basis of information on air but with written documents?.

At the Municipal Assembly (MA) Police Experimental Primary School, teachers were present but were not teaching because the pupils did not attend school for no reason, they explained.

Teaching however was in progress at the Junior High school (JHS) level as all the teachers and students were present.

A staff of the school stated that the school was not on strike because the Police does not embark on strike, hence the school must follow suit to set an example for other workers and institutions to emulate.

There were neither teachers nor pupils and students at the St. Anselm Anglican Cathedral Primary/JHS when the GNA visited the place