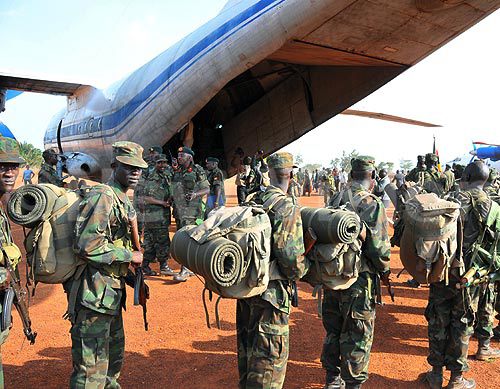 Dr. Crispus Kiyonga, the minister of defence, said they expect to start construction of the hospital in August this year.

He was responding to questions raised by the parliamentary committee on defence in regard to the ministry?s policy statement for Financial Year (FY) 2015/16 on Friday.

The legislators had sought an update on the construction of the hospital and how much had been earmarked in the coming Financial Year.

The minister said that the construction of the hospital would be carried out in five phases at an estimated cost of US$35m which is approximately sh105b.

?The ministry has earmarked an additional US$4m (approximately sh12b) in the FY 2015/16 budget for the referral hospital development,? Kiyonga told the committee chaired by Kapelabyong MP Peter Eriaku

The health facility will be situated in Lower Mbuya, UPDF spokesperson Paddy Ankunda later told New Vision, adding that it would treat both soldiers and civilians.

?This is UPDF money ? the money we made in Somalia,? he said.

He explained that for every soldier the African Union (AU) gives money, the government of Uganda takes away US$200 (sh600,000) as a saving for the nation.

In addition, he said further, the AU and the United Nations (UN) give compensation for contingent-owned equipment. ?For every gun we take to Somalia the AU and UN give us compensation.?

Without giving figures, Ankunda noted that the cost of treating soldiers abroad is prohibitive.

?The country will make a saving by establishment of a state-of-the-art hospital,? he said.

Meanwhile, during the parliamentary committee meeting, Bubulo East MP Simon Mulongo asked Minister Kiyonga to fast-track construction of the hospital, saying there is need to cut down on expenditure for treatment of soldiers abroad.

The UPDF has a military hospital in Bombo and other health facilities in divisions and brigades, according to UPDF representative in parliament, Sarah Mpawa.

The ministry of defence has a budget estimate of over sh1.46 trillion for 2015/16, according to the policy statement.

Kiyonga, however, told the MPs that the ministry has unfunded and under-funded pressing needs totaling close to sh90b, including the wage component that requires sh19.3b.

He noted that although the finance ministry had allocated an additional sh40b to cater for operational shortfalls in the budget, the money is insufficient to cover the deficit which remains at close to sh90b.