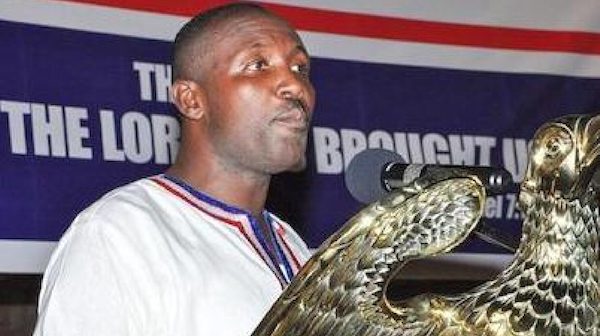 Mr John Boadu, General Secretary of the New Patriotic Party (NPP) has charged party members and supporters to work hard to retain the party in power to sustain the country’s development agenda.

He said the country’s pace to socio-economic transformation and development could only be sustained if the NPP stayed in government for a longer period.

Speaking at the launch of the Ashanti regional 2020 election campaign team in Kumasi, Mr Boadu pointed out that the NPP government was on course to build on its achievement in the first term to consolidate the transformation agenda of the country.

There was therefore, the need for all party members to work hard in whatever area they would find themselves to tell the story of the government to enable Ghanaians appreciate and vote to retain the party into power in the December elections.

Mr Boadu said Ghana was at the crossroad and there was the need for a leader who had proven himself to deliver the industrialization agenda and transform the socio-economic lives of the people at all levels.

He charged members of the campaign team to lead the party members to work in all corners of the region to sell the good news of the government and its record achievements to win more souls for the party.

Mr Antwi Boasiako, on behalf of the members thanked the leadership of the party for the confidence reposed in the members of the team.

Mr Antwi Boasiako said the campaign team had targeted to retain all its seats in the region and annex the other three seats, which were in the hands of the NDC.

Chiefs in Volta region urged to unite for development