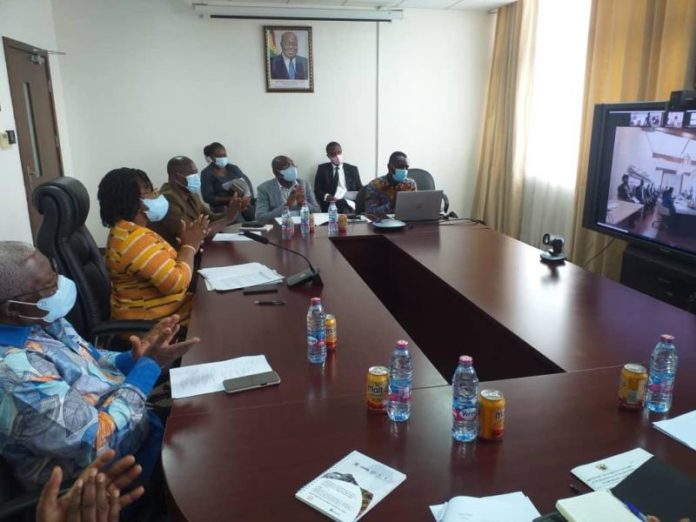 Madam Shirley Ayorkor Botchwey, the Minister of Foreign Affairs and Regional Integration, has inaugurated the Consular Section of the Ghana Mission in Berlin, Germany, after expansion works was done on it.

The Minister, who did a virtual inauguration of the facility, on behalf of President Nana Addo Dankwa Akufo-Addo, congratulated Mrs Gina Ama Blay, the Head of Mission; the staff and contractors for the successful completion of the project.

She said plans to expand the Consular Section of the Mission had been in the pipeline since November, 2016 and it was refreshing to see it fulfilled within eight months of its commencement in February, 2020.

She said the project, which was funded with Internally Generated Funds (IGF) of the Mission, was a feat worth commending and ought to be emulated by Ghana Missions abroad.

She noted that those facilities would enhance the Mission’s capacity to provide reliable consular services to the Ghanaian community in Germany and any other person who would have the need of the services of the Consular Section.

She said the Government remained committed to addressing the infrastructure needs of Ghana’s Missions abroad.

“You owe it a duty to step up your diplomatic activities to boost the relations between Ghana and Germany as Government attaches great importance to Ghana-German relations,” he said.

Mrs Blay recalled that since she assumed office as Ambassador in 2017, she realised that to project the Mission in a positive light, it was important to give the Consular Section a facelift.

“Today, I am elated that the Consular Section of the second largest diplomatic Mission of Ghana in Europe, has witnessed an expansion, which saw a two-storey modern structure being constructed to, among other things, accommodate passport applicants and offer other consular services,” she said.

The project symbolised the solid and growing relationship between Ghana and Germany.