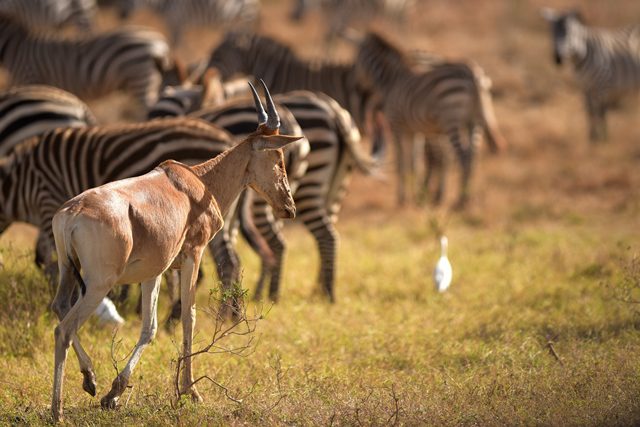 Our addiction to meat, failed animal welfare policies and the demand for exotic animal pets are causing horrendous suffering to both wild and farmed animals.

Speaking at the launch of their ten- year strategic plan, Tennyson Williams, World Animal Protection Director for Africa has called upon governments to enact policies and practices to safeguard animal welfare and ensure that animals live a cruelty free life.

“At least 1.6 trillion wild animals suffer and are killed through people’s action annually while more that 70 billion land-based farm animalsraised inhumanely are consumed annually.  With increasing pressure on land and animal habitats, humans will have to opt for alternative sources of proteins and also demand high welfare meat that ensure that animals are raised humanely and sustainably.” He noted.

The new ten year- strategy dubbed ‘New World for Animals’ is dedicated to a ‘systems change’ – transforming the systems that cause horrendous suffering to animals.

“System change is about addressing the root causes of problems – why things happen. Our strategy commits us to raise animal protection to a priority issue of global importance and to change attitudes and mindsets so that animals are no longer seen as commodities for people to exploit.” Says Tennyson Williams.

Dr. Nick Nwankpa, Acting Director for African Union Interafrican Bureau for Animal Resources (AU_IBAR), while making his keynote address said, “Right now, we’re embracing an unprecedented opportunity to advocate for animals within a joined-up response to urgent global crises. Animal welfare must be placed at the heart of sustainable solutions on a grand scale, to build a better world for all.”

To make a real difference for animals, root causes must be tackled. Governments and big businesses must be held accountable for their continued investment in broken systems and persuaded to change.

At individual level, people must continue putting pressure on the institutions that fuel animal cruelty to change their policies and stop it. United and individually, there is power to demand change and overturn the systems that cause so much suffering to animals.