The World Bank has identified weak governance structures and lack of proper oversight as fundamental to the subdued performance of government’s businesses, according to Henry Kerali Country Director stated here on Wednesday.

Addressing the annual State Owned Enterprises (SOEs) policy and governance forum here Kerali lamented the manner in which most SOEs were still run like government departments rather than as modern autonomous and professionally run companies.

Instead of creating wealth for the country and complementing much of the tax and non-tax revenue of state SOEs in the West African country have for a long period rather been a drain on the country’s resources with their low performance and massive debts.

This situation, the World Bank official noted were because the SOEs faced a number of weak corporate governance problems that affect their performance to compete.

“These include multiple and often conflicting objectives; and the lack of well defined and regulatory framework for effective state oversight of the sector,” Kerali who is also in charge of Liberia and Sierra Leone observed.

In addition, he said there was the lack of a strong coordinating entity to exercise state ownership and lack of financial and fiscal discipline within the sector.

The World Bank official lamented the fact that with exception of few SOEs most have non-professional boards and management, with political interference in day-to-day decision making.

Low level of transparency and disclosure; and wholesale changes with electoral cycles, regardless of performance also bedevil the state entities, added Kerali.

Ghana’s 39 SOEs which operate mostly in the energy, water, transportation and financial services accounted for 25 percent of the 2017 Gross Domestic Product (GDP).

For the SOEs to deliver optimum results the official urged that the objectives of these entities be redefined with the separation of commercial and non-commercial objectives.

He added that the state should also identify and separate the cost of the non-commercial objectives and financing costs directly from the budget in a timely and transparent manner.

The indebtedness of some of the SOEs to their creditors has been part of the overall high public sector debt.

“Ladies and gentlemen government sees a unique opportunity to address some of the inefficiencies through leveraging the principles of good corporate governance in SOEs and other public sector institutions, Finance minister Ken Ofori-Atta noted.

Government, he added had adopted and initiated the implementation of an action plan to improve governance of the sub-sector as a whole and to enhance the corporate governance practices of individual companies in the sector.

The action plan according to the minister seeks to achieve four broad objectives, which are improving the legal and regulatory framework; strengthening government’s ownership role; professionalizing the boards of SOEs and enhancing transparency, accountability and disclosure. Enditem 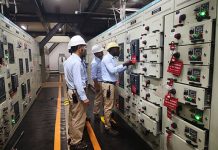