The World Bank Group signed an agreement with Ghanaian authorities on Tuesday to support the country’s strategy at reducing deforestation and carbon emissions, a release has said.

The West African country with one of the highest deforestation rates in Africa became the third country to sign the agreement aimed at rewarding community efforts to reduce carbon emissions from deforestation and forest degradation.

Ghana’s five-year Emission Reductions Payment Agreement (ERPA) with the Forest Carbon Partnership Facility (FCPF) Carbon Fund which the World Bank manages is expected to unlock “performance-based payments of up to 50 million US dollars for carbon emission reductions from the forest and land-use sectors.”

“This program is helping to secure the future of Ghana’s forests while enhancing income and livelihood opportunities for farmers and forest-dependent communities,” Kwadwo Owusu-Afriyie, Chief Executive Officer (CEO) of Ghana’s Forestry Commission said.

The program has two central goals of reducing carbon emissions in the forestry sector and producing truly sustainable, climate-smart cocoa beans, which will make it unique in Africa and the first of its kind in the cocoa and forest sectors worldwide.

Forest degradation and deforestation in Ghana had been driven primarily by cocoa production, coupled with logging and a recent increase in illegal mining. An increase in cocoa production historically, therefore, meant that more forests had been cut down to accommodate new cocoa seedlings.

Experts, however, said a successful emission and deforestation reduction program could reverse this trend by helping farmers and communities to increase cocoa production through climate-smart approaches.

The program has received support from some notable cocoa and chocolate companies in the world, including the World Cocoa Foundation, Mondelēz International, Olam, Touton, and Ghana’s Cocoa Board 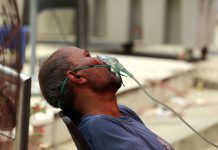