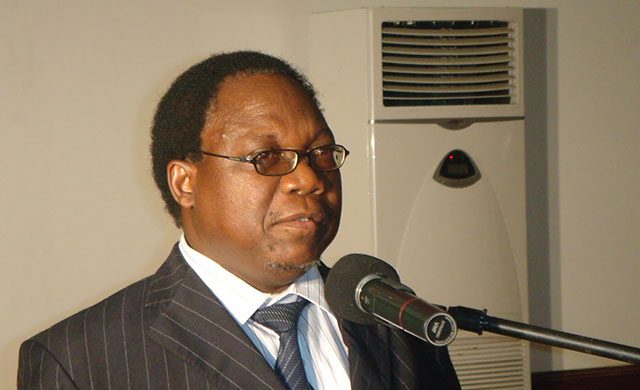 This will be made possible by strengthening the capacity of selected higher institutions of learning through which the programme will be implemented.

Emphasis is on agriculture, extractive industries, science and technology engineering, mathematics and in addition to manufacturing, other relevant disciplines.

This was revealed by the executive secretary of IUCEA, Prof.Mayunga Nkunya, while addressing the press at Grand Imperial Hotel, on Tuesday.

Nkunya said that with out adequate investment in training no development will be realized in the region that is still lagging behind in terms of development.

?Without adequate human resource in science and technology and especially engineering, there will be no transformation now that countries especially in EAC are undertaking big infrastructure projects as they integrate,? said Nkunya.

He said that at the moment, all EAC countries are talking of the construction of the standard gauge railway but without adequate resource such projects will not benefit the young people, who are unemployed.

?We need capacity so that such assignments can be handled by local but qualified personal but currently few or no institutions have the capacity to produce such professionals and this applies to the extractive industry,? added Nkunya.

He explained that the programme was reached at after consultations between the World Bank and participating countries to address the human resource gaps.

A statement from the World Bank country office said, the programme is to strengthen specializations and networking among higher education institutions in Eastern and Southern Africa to deliver relevant and quality education and applied research in key development challenges facing the region.

Funding for the programme

Nkunya said that the programme will be funded through WB designated Regional Facilitation Units and technical assistance from selected consultants as need arises.

In addition, each Institution upon selection qualifies to be a regional center of excellence and these will be responsible for monitoring their own programmes.

Once it proves that it can handle and there are activities to prove, they will be given additional funds ranging from $5 to 8 million.

They must be coming from the participating countries should present their proposals.

The programme is targeting PHD students to increase professionalism and specialization. These are expected to start up their own enterprises upon completion of the program at the centers of excellence.

By Prossy Nandudu, The New Vision