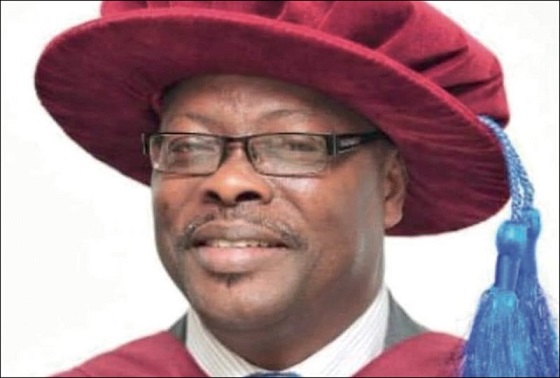 A memorial lecture has been held in honour of the late Professor Jacob Plange-Rhule, former Rector of the Ghana College of Physicians and Surgeons (GCPS), for his meritorious services towards medical research and education.

The annual lecture, which was established by the World Child Cancer (WCC) in collaboration with the GCPS and the Korle-Bu Teaching Hospital (KBTH), highlighted among other things, his contribution towards the successful roll out of the Paediatric Oncology Subspecialty course for Ghanaians and West Africans.

Prof. Richard Adanu, the Rector of the Ghana College of Physicians and Surgeons, who chaired the opening ceremony in Accra, said a plaque would be presented posthumously to the family, while the annual lecture would provide an opportunity to promote research and scholarly papers on childhood cancers in Ghana and West Africa.

He said the College deemed it an honour to witness the recognition of one of its gallant members, recounting the passion and dedication with which Prof. Plange-Rhule worked to enhance medical sciences, and helped to expand knowledge in the field of biomedical research.

He indicated that the maiden lecture was not only being patronised by a physical audience, but also many others virtually, and would facilitate knowledge sharing on what had been happening in the field of medical education, especially with the current improvement in the number of Paediatric Oncology nurses and pharmacists.

Dr Oheneba Owusu Danso, the Chief Executive Officer of the Komfo Anokye Teaching Hospital (KATH), shared a brief knowledge about the stewardship of Prof. Plange-Rhule, which included the establishment of the Renal Hypertension Clinic at the KATH in Kumasi, to serve the entire middle belt of the country, and also as a former President of the Ghana Medical Association, under whom the GCPS was established.

He said Prof. Plange-Rhule was very pivotal in providing ideas that had shaped the health sector and re-energised health care, noting that his demise came as a great shock to the entire nation, “but it is pleasing to know that he lived a life worthy of celebrating.”

Dr Henry Lawson, the Vice Rector of the Ghana College of Physicians and Surgeons, reading the biography of the late Professor, described him as a kind, gentle, an accomplished doctor and a teacher who was loved by his patients.

He said apart from being a founding fellow of the College, he was a strong advocate for developing postgraduate medical specialty training in Ghana, which led to an almost total cessation of Ghanaian doctors leaving the country to train abroad (Brain drain).

“He remained passionately involved in undergraduate and postgraduate medical education, and played a major role in coordinating the training activities of the various West African Colleges of Medicines and developing new training programmes, for which his expertise was widely sought,” he said.

He also noted that Prof. Plange-Rhule, had a distinguished track record of research into hypertension, and the epidemiologic transition in Africa, and became the Principal Investigator of the Ghana arm of the National Institutes of Health-funded Global Research on Implementation and Translation Science with his long-term collaborator, Prof. Olugbenga Ogebegbe at New York University School of Medicine.

Mr Emmanuel Ayire Adongo, the Regional Coordinator for Sub Saharan Africa, WCC, commended Ghana for the tremendous progress made over the past few years in enhancing medical research and education especially in Paediatric Oncology, which was geared towards realising its agenda of becoming the preferred medical hub in the Sub-region.

The plaque was later presented to the family, after which Dr Gyikua Plange-Rhule, who is also a Paediatrician and the wife of Prof. Plange-Rhule, thanked the WCC, the GCPS and all other institutions and stakeholders who contributed in making the memorial a reality.

She said childhood cancer was a difficult and emotional field and needed the support of all to expand education and create much awareness for early reporting, diagnosis and treatment.