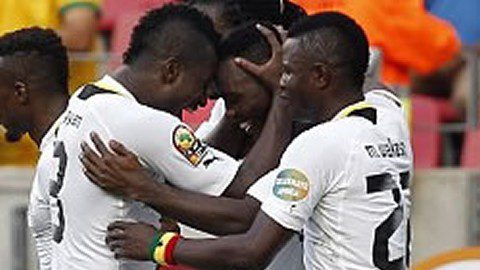 Ghana is making its third successive appearance at the World Cup

The Sports Ministry have proposed to use the gains made from the 2014 World Cup to upgrade the Ghanaman School of Excellence, build a modern boxing gym and also refurbish the Azumah Nelson Sports Complex.

Ghana stand to gain at least $8m for its third successive participation at the World Cup finals in Brazil.

The state stands to even gain more once the Black Stars progress to the further stages of the competition.

The Sports Ministry have thus proposed to use the ?profits? earned from the World Cup to develop other sporting areas apart from football.

?We have proposed to government that we want to use the profits from the World Cup to upgrade facilities at the Ghanaman School of Excellence in Prampram,? Sports Minister Elvis Afriyie Ankrah said in an extensive interview on Radio Gold.

?One major cost for our national teams is hotel bills and therefore if we are able to improve facilities there, we will beat down the total cost involved.

?We have also proposed ? depending on how much we make at the World Cup ? to build a gym in Bukom which has been the hub of boxing in Ghana.

?Then we are also looking at refurbishing the Azumah Nelson Sports Complex so that we develop the infrastructure for other sports.?

The Ghana government have approved a $9.8m budget for the Black Stars? participation at the World Cup which commences on June 12 in Brazil.

Ghana is drawn in Group G where they will come up against USA, Germany and Portugal.