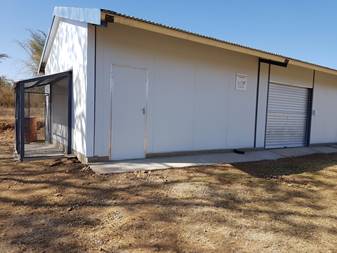 Emerging poultry farmers in KwaZulu Natal have benefited from hands-on training at advanced new facilities at the KwaZulu Natal Poultry Institute (KZNPI), with the support of the U.S.-based World Poultry Foundation (WPF).

The training, the first in-person course at KZNPI since the start of the pandemic and lockdown, took place at the KZNPI poultry management training centre near Pietermaritzburg in February this year.

“A major problem for many emerging farmers is high mortality. Farmers often blame the hatcheries, feed companies or vaccine companies for this. However, we instilled the importance of attending to ‘FLAWS’ – feed, lighting, air (ventilation), water, and sanitation – to correct the mortality,” he says.

Another important lesson was the importance of weighing the birds. Nxumalo says very few small-scale farmers weigh their poultry regularly, resulting in losses when pricing the birds for sale. “You have to weigh the birds to understand the feed conversion ratio and sell the birds priced per kilogram, not per bird. That way, people pay correctly for the feed it has eaten.” This advice resonated with participants, he says. “They all said the first thing they would do after the course was buy a scale. Most comments on the evaluation forms after the training indicated that the farmers now intend to weigh chicks when they arrive, then weekly, then again when selling them. In doing so, they were empowered to prepare targets for bird weight and accurately set prices per kilogram.”

The training at the new chicken house allowed farmers to experience the use of climate controls, automated feeding systems, and state-of-the-art scales as part of an ongoing campaign by the WPF to improve capacity among poultry sector stakeholders in South Africa. Over 200 emerging poultry farmers have learned to improve their financial management and discovered more efficient and cost-effective farming methods in a series of workshops funded by the WPF, with grants from U.S. government agencies. In addition, a number of emerging South African poultry farmers have benefited from training in the U.S., where they receive training at major commercial farms and processing plants as part of a WPF-funded internship programme.

In addition to helping the farmers improve their poultry management practices, the course has also given them access to a new network for knowledge sharing and collaboration. Says Nxumalo: “They have formed a WhatsApp group, and they never stop talking!”

Xolisani Mtolo, one of the farmers who underwent the training, says: “The course helped me to reduce mortality in my chickens. I also learned more about the importance of biosecurity and following the right procedures according to the environment of the area or province.”

Says another participant, Zamamvula Cebekhulu: “The whole course helped me to understand more about growing broilers. Now I know more about how to wash the chicken house, feed them correctly, the importance of vaccinating, the structure of the chicken house, and managing the farm. The course was very fruitful to me, and I am looking forward to doing another course.”

Nxumalo says the courses run by KZNPI with the support of WPF are proving hugely popular. “Once a farmer has undergone one of the courses, they want to do them all. It exposes farmers to opportunities for growth and expansion. Some of them are now looking beyond broiler production to expand into layers, hatcheries and abattoirs. The WFP courses give participants the push they need to do more and grow their businesses. It opens many doors for them.”