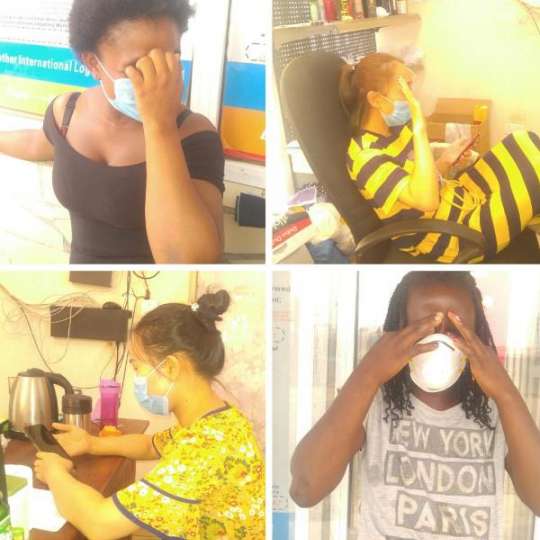 Disinformation and false reports about the novel coronavirus (2019-nCoV) have bombarded social media and stoked unfounded fears among netizens.

Many mainstream media reported and clarified these rumors in order to present a true picture of the epidemic to the public and help them stop panicking.

A video of a Chinese influencer eating bat soup went viral online following the outbreak of the novel coronavirus in Wuhan, China.

Some news outlets published false reports saying that the virus may be linked to contaminated bat soup.

“But the video was not shot in Wuhan, or in China for that matter,” the BBC said in a report on Jan. 30.

“Originally filmed in 2016, it shows popular blogger and travel show host Mengyun Wang during a trip to Palau, an archipelago in the western Pacific Ocean,” the BBC said.

“The new coronavirus is believed to have emerged from illegally traded wildlife at a seafood market in Wuhan. Although bats have been named in recent research from China as a possible
source of the virus, bat soup is not particularly commonplace in the country and the investigations into its exact origins continue,” it added.

According to an opinion published by The Guardian on Feb. 1, “the ‘bat soup’ canard is a classic example of disinformation – and a potent one.”

“In this case, actual footage of a Chinese woman eating a bat in soup was ripped out of its actual context (a travel blogger’s video from a restaurant in Palau filmed in 2016) and spuriously linked to the fact that some coronaviruses originate from bats, in order to create a narrative that appealed to a western audience’s racist fascination with Chinese appetites,” The Guardian said.

In Australia, a fake alert, purporting to be from the Queensland government, advised the locals to stay away from areas with a high percentage of Chinese people.

“I don’t normally like to give any credence to people who seek to malign our community but wanted to make things clear this time,” he said.

Another groundless claim that has gone viral online was made by a report by the Washington Times on Jan. 26. It suggested that the virus “may have originated in a laboratory in the city of Wuhan linked to China’s covert biological weapons program.”

In an article titled “The Wuhan Virus Is Not a Lab-Made Bioweapon,” American news magazine Foreign Policy wrote on its website that “conspiracy theories are spreading faster than the coronavirus itself.”

“While Shoham never backed up the claim made in the story that the outbreak stemmed from a biological weapon, other outlets nevertheless picked up the idea and ran with it,” Foreign Policy said.

The BBC also reported that “no evidence is provided for the claim.”

Another conspiracy theory claimed that the novel coronavirus outbreak was manufactured by the pharmaceutical industry to sell vaccines.

“One of the first users to float these allegations was conspiracy theorist and YouTuber Jordan Sather,” the BBC said.

In a widely shared tweet, Sather posted a link to a 2015 patent filed by the U.K.-based Pirbright Institute about developing a weakened version of coronavirus for potential use as a vaccine to prevent or treat respiratory diseases.

However, Purbright has released a lengthy statement on its website which clarifies that its coronavirus research extends to viruses affecting poultry and pigs — not the variation that has emerged in humans.

“It’s important to remember that coronavirus isn’t one disease – it’s a group of viruses,” American internet media BuzzFeed reported. “The current coronavirus, believed to have originated in Wuhan, is the seventh identified type.”

Far-right American radio show host Hal Turner highly exaggerated the number of deaths and infections from the virus. In a report published on Jan. 23 on his website, Turner claimed that 112,000 people have been killed and 2.8 million people infected by the novel coronavirus, citing “Covert Intelligence sources who are former colleagues of mine from my 15 years with the FBI.”

In fact, Chinese health authorities have been updating related numbers on a daily basis.

According to China’s National Health Commission, the overall confirmed cases on the Chinese mainland had reached 20,438 by the end of Monday (Feb. 3).

A total of 425 people have died of the disease and a total of 632 people discharged from hospital after recovery, the commission said. Enditem