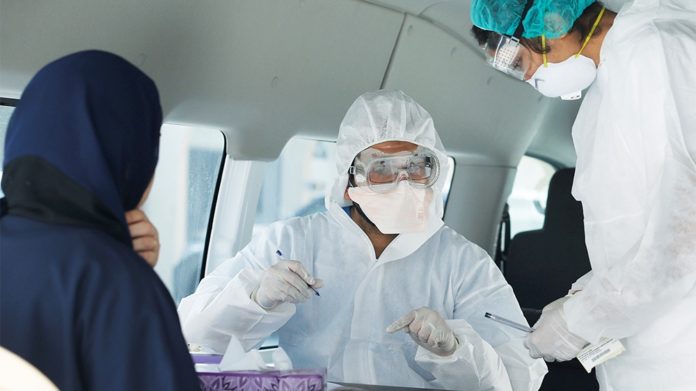 Barely five years ago, I wrote on the need to end preaching on buses but it seems my call fell on deaf ears.

Maybe, the time was not ripe for such an action. I think this time may be just the right time to recall the topic. Like our President puts it; we’re not living in ordinary times. We are living in times when social gatherings have been banned; there’s enforcement on the use of nose masks and the reduction in the number of passengers joining commercial vehicles. Ever since, these measures became known, I have not personally seen any of these preachers ministering on board a bus, but I strongly believe they might be operating somewhere else, probably not within the capital. The disturbing question is that; would preaching on buses proceed after the COVID?

Have you ever wondered how convenient it feels to have a smooth ride to your destination devoid of any religious harassment or nuances? Let me tell you how it feels.

Preaching on buses is one of the ugliest cankers that has reared its head in our society. It feels very irking to get on a passenger bus only for one loquacious preacher to get on board and bark ear-aching sermons at you.

They stand on the bus, contributing to overloading, which is illegal pursuant to the Motor Transport and Traffic Units Rules and Regulations.

They spread the gospel with willful disregard for one’s comfort. They do not realize that, commuters have a right to a conducive environment within the vehicle.

The sermons may sometimes be very destructive to the driver and can lead to road accidents if care is not taken.

Would the issue of overloading resume after COVID, or may we continue with the necessary changes that has taken place in these no ordinary times? Overloading generates so much heat on the bus, fresh air is hardly allowed in, to ventilate the vehicle making commuters suffocate with sweat. When commuters are so packed together like “sardines” and there are bodily contacts, they exchange bodily fluids aiding in the transmission of certain diseases.

The worst part of it is when heat and excessive odour is generated from the mouth of loud preachers and the spattering of saliva on the faces of commuters. It should be noted that saliva is another transmitter of some infectious diseases. In the course of the journey, these standing preachers losing balance, fall on or hit themselves against commuters making the journey very inconvenient.

The intriguing thing is that, most of these preachers are not Godly-inspired, but hustlers. They are usually vagrants, whom have quickly found the opportunity preaching brings. Most people who bustle and hustle around stations and other busy places, in wake to change their style of begging resort to preaching. Interestingly, some self-styled herbal medicine retailers also win the attention of commuters by starting with preaching. After gaining the needed attention, pull out their so-called drugs that can cure almost every disease and begin to sell.

These preachers usually start with creating the fear of heaven and hell into the minds of passengers. Without necessarily preaching salvation or leading people to Christ, they begin to talk about their life experiences usually times when they were womanizers, alcoholics, robbers, thieves and convicts. These life stories benefits nothing to the passive listener.

Mostly, persons who preach on buses are semi-educated: they find it difficult to read the bible, talk less of interpretion. They preach on their mundane understanding and citing wrong quotations; some which do not befit their topic. All they care is just to have something to say and quickly gather offertory for their “hungry stomachs”. They are able to easily deceive, since people neither know the word nor do carry bibles around to challenge or prove them wrong.

Let me take sometime to share with you, some intriguing but real stories about these preachers.

One Sunday during sermon, an elder in my church warned us against these self-styled preachers. He told us- he was in a mini-bus when a man got on board to preach. He realized that, the man mentioned a quotation he was very familiar with but to his utter dismay; something else was recited. He prompted the preacher; the preacher quickly apologized and yet cited another wrong quotation. The elder later gave him a few quotations to use with regards to the topic. Sensing all eyes on him and a bit uncomfortable; he confessed that he was a new convert from Islam and for that reason, not familiar with the biblical quotations.

A Nigerian friend of mine also told me about how his partner-in-hustling became a pastor mysteriously. He told me that, he got a job at a site outside Accra, so he had to locate close to the site. After some two years, he came back to town to start a business only to find this partner turned preacher. He possibly knew it was one of the tactics his friend was using to survive, because he had known this friend to be a cunning fellow. In a later conversation with the him, he (the partner) confirmed that, preaching pays faster than selling scrap metal and they both laughed about it he told me.

Most of these on-board preachers are themselves not born-again Christians and do not even attend churches. All the same, they often mention names of renounced churches as their worship centres and sadly end up denting the names of those churches.

Let me recount to you this last instance.

A Reverend minister from a renounced church in this country was in a bus one faithful Tuesday. He had to join the public transport because his car was at the workshop. While in the bus, he was slapped with an open prophecy by one young preacher named Atta. Atta prophesied that, this Reverend Minister is married to an evil woman whom had shattered his dreams and for that matter he is unable to afford a car at his age. Atta further stated that, the lord has revealed to him that the actual woman that was purposed for him was residing in Germany and the only way he could meet this woman is allowing him (Atta) perform some special prayers for him. The Reverend Minister was aged and smart in thought, so he played along. He asked where Atta fellowships and he (Atta) coincidentally mentioned a branch of the Ministers’ church. The Minister was a bit startled as to how a member of his church could engage in such mischief. He asked of the names of the leading Pastors in the branch, Atta couldn’t mention any. They later exchanged contacts; he called and invited Atta to the main branch of the church in Accra one day. He directed Atta to his office, Atta was very surprised to know the man was a Reverend and an Administrative Pastor. At this point, any rational human being would have suspected foul left the scene. Atta boldly stood by his dirty tricks. A panel of clergymen were paraded, Atta was put before them, he yet again prophesied that one of the female pastors needed a spiritual bath. At this instance, the prayer warriors and rehearsers had all come to witness Atta’s prophecies. The whole church premises turned riotous as the young men in the church grabbed Atta and threatened to take him to the Police station; that was when he confessed to be using preaching as a means of making earns and that he was not a prophet.

In spite of that, these preachers are just heartless and intolerant. I’ve sat in three separate buses and heard these unscrupulous men abandon the work of God and incredibly insulted and cursed at people who heckled them. These men do not have love. Yet, we all know that, God is love. How then can you worship God or even share his word if you don’t have love? This is a question we must ask ourselves.

Well, that is not to say that, there are no true preachers on the street. There are still some true men of God but they are only a hand few. It is up to us to be vigilant in order not to be deceived.