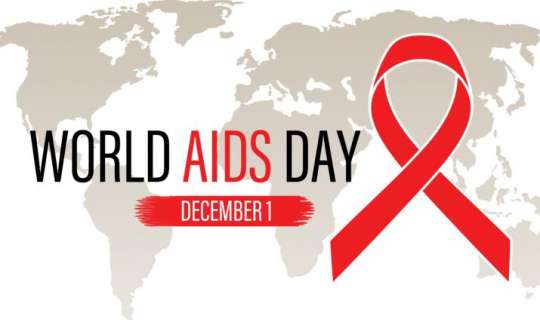 Mrs Eugenia Gifty Kusi, the Deputy Western Regional Minister, has cautioned against discrimination and stigmatization of persons living with HIV/AIDS as it discourages people from testing to ascertain their status of the virus.

The practice, she said made people shy away from availing themselves to testing services to know their status for fear of being stigmatised should they test positive.

Mrs Kusi gave the caution at a ceremony to mark this year’s World AIDS Day celebration in Takoradi on the national theme, “Communities Make the Difference – Help End AIDS.”

The celebration was held by the Ghana AIDS Commission (GAC) in collaboration with the Ghana Health Service (GHS).
It was attended by students from Senior High Schools (SHS) and Junior High Schools (JHS), traditional authorities, clergy, journalists and members of the public.

The Deputy Minister described statistics from the region as alarming and called for care in handling the HIV menace.
She said “AIDS is real” and called for the need to be each other’s keepers so as to eliminate the disease.

She said with the current level of coverage, provision of logistics and funding in the region was not enough, but that the RCC would leave no stone unturned in eliminating the disease.

She commended persons living with HIV/AIDS, Faith-Based Organisations (FBOs), the media, traditional authorities and stakeholders for the roles they played in curbing the menace.

Nana Kow Entsie II, Omanhene of Wassa Mpohor Traditional Area, who chaired the occasion recounted that hitherto, HIV/AIDS was touted as a curse, but with careful research and proactive sensitisation over the years, it was understood as one of the viral infections.

“HIV/AIDS should be of great concern to all and sundry so as to guard against it from spreading further,” he added.