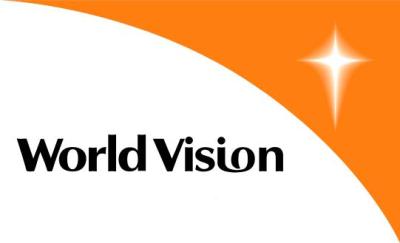 World Vision (WV) Germany, invested GHC 27 million on development projects in Twifo-Atti Morkwa and the Hemang-Lower-Denkyira Districts for the 19 years it has been operating in the area. Mr. Hubert Charles, National Director of WV Ghana, said this when he officially handed over the administration of the Area Development Project (ADP) of the two districts at a colourful ceremony at Twifo-Praso.
The ceremony was attended by the chiefs, government officials and the general public amidst pomp and pageantry to show their appreciation to the WV for the numerous projects it brought to the district to improve upon the general wellbeing of the people, particularly children.
Mr. Charles in a speech read on his behalf said the NGO started its activities in the area in 1994 and was expected to end in 2009 but had to extend it for another two years.

However, in 2011, it realized that the nutrition status of children in the area had still not improved and therefore had to stay till this year.
Among the activities carried out in over 100 communities in the Hemang- Lower-Denkyira and Atti Mokwa districts during the period were child sponsorship, health, education, provision of water, disaster mitigation, HIV/AIDS prevention, leadership development and advocacy.
More than 3,000 children from 23 communities benefitted from the Child Sponsorship programme as the WV is a child focused organization with the primary aim of protecting the right of children and providing access to health care, quality education, water, sanitation and hygiene (WASH) and livelihoods security.
On health, Mr. Charles said the ADP established five health centres and supported them with logistics such as generators and medical supplies as well as the training of health personnel including 200 traditional birth attendants.
The ADP provided more than 40 boreholes and 54 hand-dug wells including two community mechanized water facilities for over 80 communities and 370 household latrines and ensured that sanitation committees were established to ensure clean water environment and sound sanitation practices.
Additionally, 13 primary and junior high schools, five Kindergarten blocks and two girls? hostels for secondary schools were built whilst 19 schools among other educational facilities were rehabilitated and scholarships granted to 145 students.
Leadership training was given to 955 community leaders and women in leadership positions for them to be more accountable, transparent and also be able to source external support to initiate community owned projects.
?Our greatest joy today, is to let you know that we have ended our work in the district and that we are handing over our facilities to the District Assembly, Chiefs and community people to continue the good works of the organization,? he said.
Mr. Charles who was full of praise for the staff who worked in the two districts and appealed to the Assemblies to ensure that the facilities they left behind were well maintained to enhance the well being of children and families of the area.
Mr. Bossman Osei-Hyiaman, District Chief Executive for Atti-Morkwa , on behalf of the two districts expressed gratitude to the WV Ghana for its immense contribution towards the development of the area.
He said even though the ADP had done a good job, there was more challenges to be addressed and therefore appealed to the WV, Ghana and the Desk Officer of Germany to consider extending the duration or stay permanently to help develop the district further.
Later, Reverend Daniel Salifu, Operation Director of WV, Ghana presented keys to the WV?s resource centre to Mr. Samuel Ato Ahmoah, Member of Parliament for Atti Mokwa Consituency to symbolize the exit of the WV from the districts.