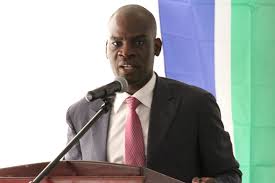 Xexe, tier two pension benefits. The matter is in court. So I need to tread cautiously. A few observation.
NPRA invested the money into treasury bills which is supposed to be offering between 15% and 17% per annum. But the NPRA says the interest it got so far, for more than a year, is 2.5%. Xexe there is God oooooooooo!!!!
Secondly, as of December 2013, Fiifi Kwetey said the NPRA has managed to grow the pension fund to ghc1.1billion and yet the current. Minister of Labour says the money is only about ghc400million. Xexe, there is God oooooo!
Thirdly, do you know that NPRA practically compels private pension fund managers to get so-called internationally recognized software to manage the pension funds?

This is our pension money going out into the pockets of private software developers outside Ghana.

The pension fund managers have suggested that local software firms of international repute should be called upon to develop software for the purpose, so that the money will remain here. Some local software companies have developed software being used outside the country. But the NPRA boss, Sam P Yarley thinks that is geo-politics so he won’t do that.
Meanwhile, there are allegations some locals within the political space are representatives of overseas software companies so they are pushing for foreign software rather than the local one. Xexe, there is God oooooo! Hmmmm

National Outreach To Be Held On Pensions In Oti Region