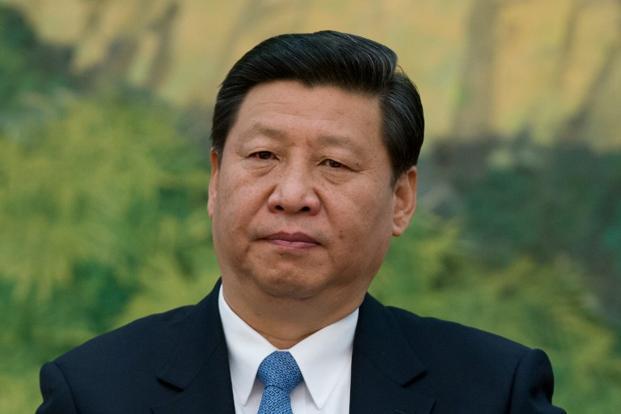 The plant could be opened by 2025 at Hinkley Point, in Somerset, with China likely to cover about 30% of the cost.

More than ?30bn worth of deals between the UK and China are expected to be struck during the four-day visit.

The plant will be built by French energy firm EDF, in conjunction with a consortium led by Chinese state-owned nuclear company CGN.

Two other nuclear power stations, at Sizewell in Suffolk, and Bradwell in Essex, could follow as part of the deal with China.

Last month, Chancellor George Osborne visited China and secured the deal under which Beijing will invest in Hinkley Point.

Kamal Ahmed, BBC business editor, said: ?In brute pounds and pence, it will be the largest inward investment ever in the UK.

?Such is the significance of the agreement, it will be left to the leaders of Britain and China to announce the partnership.?

The Hinkley Point project has come under fire over its cost and the delays to investment decisions and the timetable for building.

The original plan was for Hinkley Point to start generating electricity by 2023.

The government has also been criticised for guaranteeing a price of ?92.50 per megawatt hour of electricity ? more than twice the current cost ? for the electricity Hinkley produces.

That could mean higher bills for consumers, critics such as Greenpeace say.

The government insists that 25,000 jobs will be created and enough energy to power six million homes.

But Lord Sassoon, chair of the China Britain Business Council, told the BBC?s Today Programme he could not see what the problem was.

?Why would they want to turn off a nuclear power station in which they had some ownership?

?It doesn?t seem terribly logical to me, except in extreme circumstances in which that would be the least of the UK?s problems.?

Meanwhile, from January, the government is planning to run a pilot scheme that will allow Chinese tourists to get a two-year tourist visa for ?85 ? these currently cost ?324.

The prime minister?s spokeswoman said the move was designed to boost the number of Chinese tourists coming to Britain.

The number has more than doubled over five years, with the tourism worth nearly ?500m per year to the economy.

During the first full day of his visit on Monday, Mr Xi said he believed the UK and China were becoming more interdependent and a ?community of shared interests?.

Addressing peers and MPs in Westminster, the Chinese leader said that, although his visit had just started, he was ?deeply impressed by the vitality of China-UK relations?.

He and his wife, Peng Liyuan were welcomed by the Queen, the Duke of Edinburgh and Mr Cameron during a ceremony in Horse Guards Parade before attending a state banquet at Buckingham Palace along with the Duke and Duchess of Cambridge.

The Treasury hopes that within 10 years China will be Britain?s second biggest trading partner.

But the visit comes amid job losses in the UK steel sector, with cheap Chinese imports among the factors being blamed.

Tata Steel has announced the latest in a series of cuts, with 1,200 jobs going at its plants in Scunthorpe and Lanarkshire. Mr Cameron has said he will raise the steel issue in his talks with Mr Xi.

The president will also visit Imperial College London, accompanied by the Duke of York and Chancellor George Osborne, and attend a creative industries event with the Duke and Duchess of Cambridge.

Following talks at Downing Street he will visit Chinese communications firm Huawei?s UK offices before a banquet hosted by the City of London at the Guildhall.

Steve Hilton, a former policy adviser to David Cameron, told BBC Newsnight the UK should be imposing sanctions on China over issues such as its ?vicious political oppression? and its ?relentless cyber attacks?, instead of ?rolling out the red carpet?.

?This is one of the worst national humiliations we?ve seen since we went cap in hand to the IMF in the 1970s,? said Mr Hilton, who left Downing Street in 2012.

?The truth is that China is a rogue state just as bad as Russia or Iran, and I just don?t understand why we?re sucking up to them rather than standing up to them as we should be.?