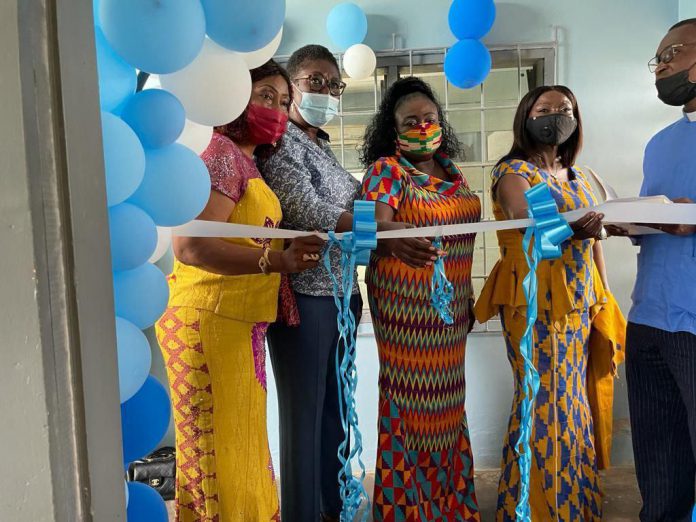 The United Kingdom branch of the “1960 to 2000” year group of the Yaa Asantewaa Past Girls Association (YAPGA), popularly known as “Adehyie”, have handed over two projects to their alma mater in Kumasi.

Speaking at the presentation ceremony, President of the U K branch of YAPGA, Madam Mercy Adu, said the support to the school was their widow’s mite to their alma mater.

The President said the support was to help create an enabling environment for effective teaching and learning in the school since the world was now in the information technology era.

She said after going through the school several years ago, which had helped them attain various heights in life, they decided to come back to support the school so that the current generation would also get the right materials to enhance their quest for knowledge.

The Headmistress of Yaa Asantewaa Girls Senior High School, Ms Fameyeh Asuande Eshun, on behalf of the staff and management of the school, lauded the year group for the support.

She stated that, although it was the responsibility of the government to lead the supply of resources to the schools, complementing government’s effort was a civic responsibility.

Ms Fameyeh said, the introduction of the Free Senior High School initiative had reduced the burden of parents in terms of funding of their children’s or ward’s education but increased the government’s expenditure.

She was hopeful that the ICT centre, the computers and the other equipment would boost effective teaching and learning in the school.