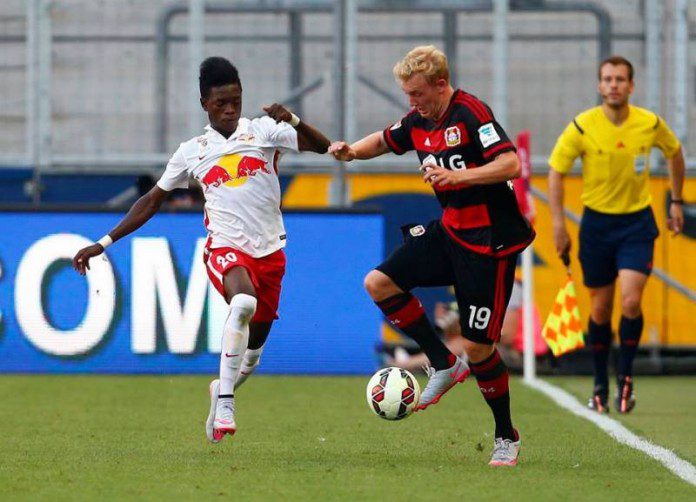 The pair have both played active parts for Peter Zeidler?s squad in pre-season and have been named in the squad that have travelled to the Pappelstadion for the game which is the season opener for Salzburg.

Yabo arrived at the club from German Bundesliga II side Karlsruher SC where he bagged 5 goals in 31 games last season.

While Atanga, who played for Ghana at the 2015 FIFA U20 World Cup flourished on loan at Liefering, has also impressed during pre-season scoring a stunning finish against German giants Bayer Leverkusen.

The pair are expected to shine on their competitive debuts for the club in the Bundesliga.