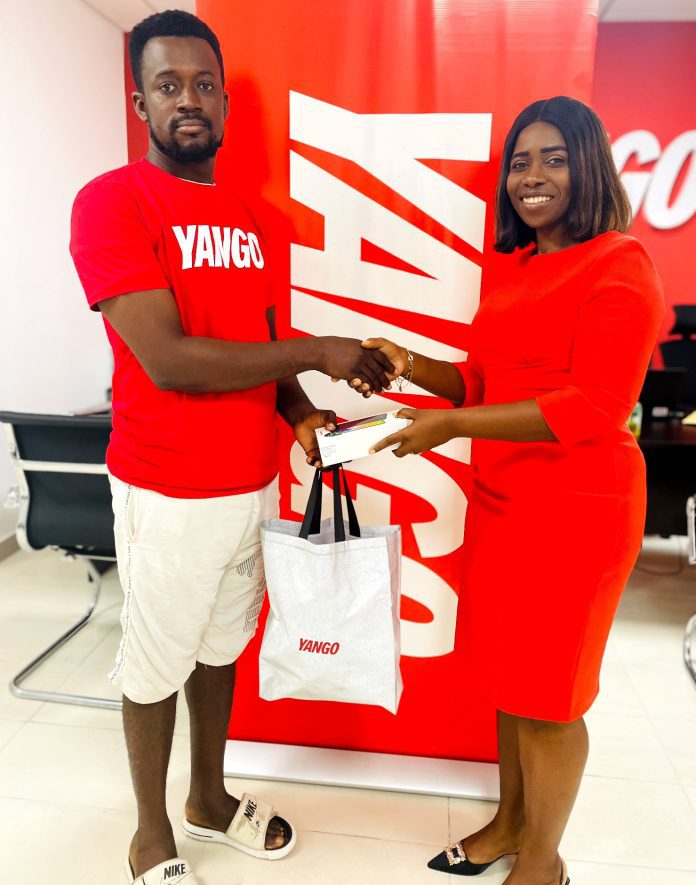 It’s the good news we all want to read, the positivity that comes from the world. And, especially, its humans. Osae Enoch is a Yango driver who has been driving for the company for one year along the streets of Ghana.

He joined the hailing and delivery app almost by chance when a friend recommended it to him. He took a leap of faith and he’s been loyal to Yango ever since, a riding app that gives him a stable income. And now, it has even given him fame.

This specific story begins one evening which had been quiet. A local woman is at home, eating her meal of chicken. Until she swallows a bone by mistake and she starts to choke.

She’s alone in the house and she isn’t able to reach any of her family members. Terrified, she decides to call a lift with Yango. That’s when Enoch arrives, ready to help her anyway he can.

Even this ride happened by chance. After turning down two ride requests, Enoch decides to accept the third ride. He’s tired, he was attacked only one week before, and the connection isn’t working properly. Plus, the passenger isn’t picking up the phone. How could she? She’s choking, but she’s messaging her. She needs help and she can’t talk. At first, the Yango driver was worried this was a trap. Then, she sees her.

Enoch drove her to eight hospitals, even one that was open 24/7. The emergency rooms can’t help and he speaks for her, since she can’t speak. They keep driving around the city, speeding for hours to reach help.

At each clinic, he pleads for doctors to assist her but they get turned down until the eighth hospital gives them assistance. The doctors have to perform surgery on her. One more minute and it would have been too late. After an evening of fear, the rider is ready to go home. She has made it.

This is already a fairytale, isn’t it? But there is more. Her family, grateful for the Yango driver, starts looking for him on social media. In fact, Yango prioritizes privacy. The privacy of the drivers and of the riders.

There are no private details like phone numbers or emails. The first step was putting a post on social media and that’s when Yango noticed it. Always attentive to customer care and to their drivers’ experiences, the riding app wanted to put these people together.

The company gave him clothes and a new phone as a way to thank him. And as a way to give an example and make a statement. Yango is more than a riding app. It’s about human connection, one ride at a time.

“I am very grateful for Yango, for their passion and their attention,” said Enoch, “and I’m just as happy to be part of this unique family, a family that cares for each member.”

Thanks to social media, the family found the driver too. Him, a driver with no living relatives, was becoming part of an international story and even of a local family. Everyone in tears, this was more than a Yango ride. And even the app knows it and it rewarded Enoch for his behavior and his morals.

This is the story we all need, every now and then, to remember that there is still good out there. All you have to do to find is ordering a Yango ride.