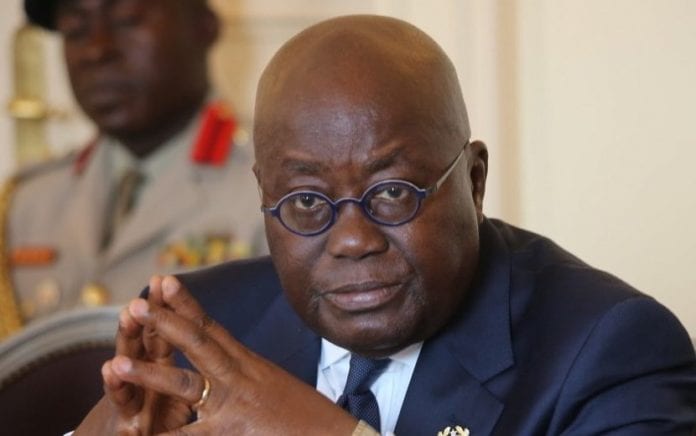 Youth Against State Organized Fraud and Injustice (YASOFI) has commended the President, His Excellency Nana Addo Dankwa Akufo-Addo for removing judges who have been caught in bribery and corruption in the discharge of their duties.

According to the group, the judges have tainted their hands and soiled their image, hence their removal from office is a right decision the President has taken to redeem the image of the Judiciary.

In a press release issued, YASOFI indicated that, in their first Press Conference, they called on the Judicial Council and the Chief Justice to trigger processes that would lead to a review of all cases presided over by judges who were caught by Anas Aremeyaw Anas accepting bribes to circumvent the course of justice in the discharge of their duties.

During their press conference, the group (YASOFI) also recommended that the disgraced judges must be made to face the law whilst calling for a panel of respected judges to be constituted at the behest of the Chief Justice to review all such cases presided over by those judges.

“It was obvious considering the details of the said video, the judges were captured pants down haggling the price of their judgment in favour of criminals who had committed heinous crimes including murder.

Their relaxed, composed and calm demeanor, mannerism and posturing in the video is indicative of a practice that is routine and that had endured over time,” the release stated.

According to YASOFI, the people of Ghana cannot begin to imagine the inacceptable degree of harm that those money- induced judgments may have caused, looking at how lives may have been destroyed forever, relationships severed into smithereens, marriages and families destroyed and children suddenly thrust into an uncertain future as a consequence of the judges.

“We commend the President for sacking these justices of the high court who were part of over 30 judges caught taking bribes to warp justice in an undercover investigation done by journalist Anas Aremeyaw Anas in 2015.

We also commend the committee that was established by the Chief Justice, Justice Sophia Akuffo, pursuant to Article 146 (4) of the Constitution, to investigate a complaint lodged against the three judges.

It said the committee which was set up to look into the conduct of the Judges, has done a great job to have recommended the removal of those judges from post.

“This will save our judiciary and protect the image of our democracy.

Indeed, there may be other judges who may be involved in bribery and corruption at the detriment of the poor and innocent.

Government should therefore not renege in its watch role over the activities of the Judiciary, but continue to ensure that justice is equally served by the people who are entrusted with the power to superintend over cases in our Courts.”

Although YASOFI appreciate the steps taken by the President it also called for the setting up of a panel of respected judges to review all cases that have gone through the hands of those judges, stressing that “In so doing, we will be seen to be fair to all parties whose cases have gone through the Courts.

This will also clear doubts surrounding the outcomes of cases which were handled by the judges.”